The UAE refereeing team, led by international referee Mohammed Abdullah Hassan, succeeded in managing one of the most exciting Qatar 2022 World Cup matches so far, which is the match between Spain and Costa Rica, which was played this evening, Wednesday, at Al-Thumama Stadium in favor of Group E, which ended with the victory of the Spanish team with seven clean goals. 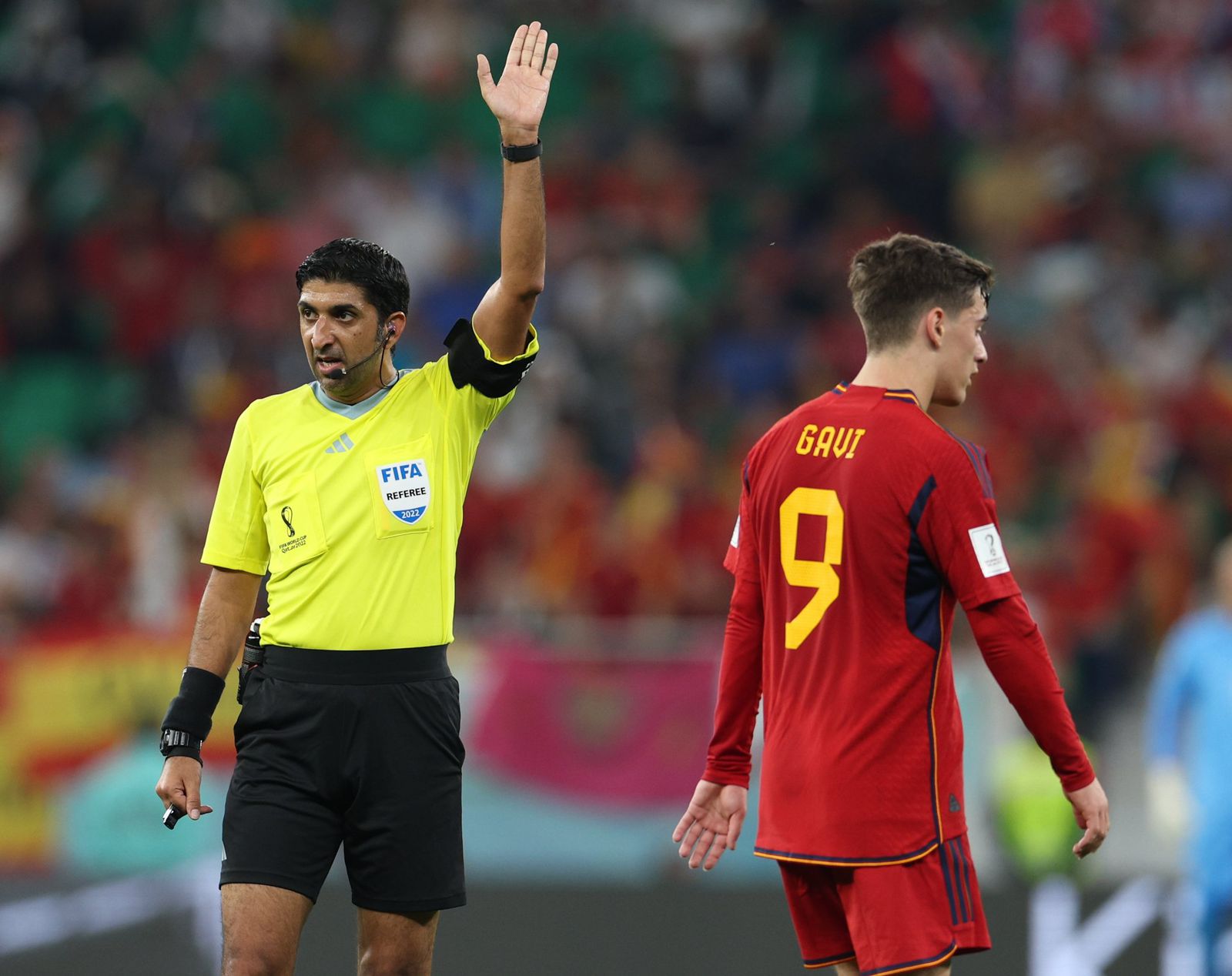