>>> I will never forget the Omanis’ joy at the Gulf Cup 2009, and the scenes of celebration in the streets never leave my imagination

>>> Ali Mabkhout, Al-Moez Ali, Akram Afif, Salem Al-Dosari and Muhannad Ali. I expect them to appear more and more in the future.

>>> Iraq, Saudi Arabia and Qatar will be strong competitors and candidates for the 25th Gulf Cup title

He is considered as one of the best strikers in the Gulf, distinguished by his unique style and gentleness inside and outside the green rectangle. He won the love and respect of the Gulf public and still is.

He did not look like anyone nor was anyone like him. Until now his name has been engraved in the memory of the Gulf streets as he is an essential part of the golden generation of Omani football, which won the Gulf Cup 2009 for the first time in the history of the Sultanate, as he toured the Gulf stadiums and every station. He draws attention and gets applause, and who forgets his famous acrobatic goal with Al-Ahly of Saudi Arabia against Al-Ansar in the league, which was chosen as the best goal scorer of the week in the world.

He is Imad Ali Suleiman Al Hosani, or the mayor, as the Omani fans like to call him, who is a guest on the Arab Gulf Cup Football Federation website, talking about Gulf football and his memories during his successful career. 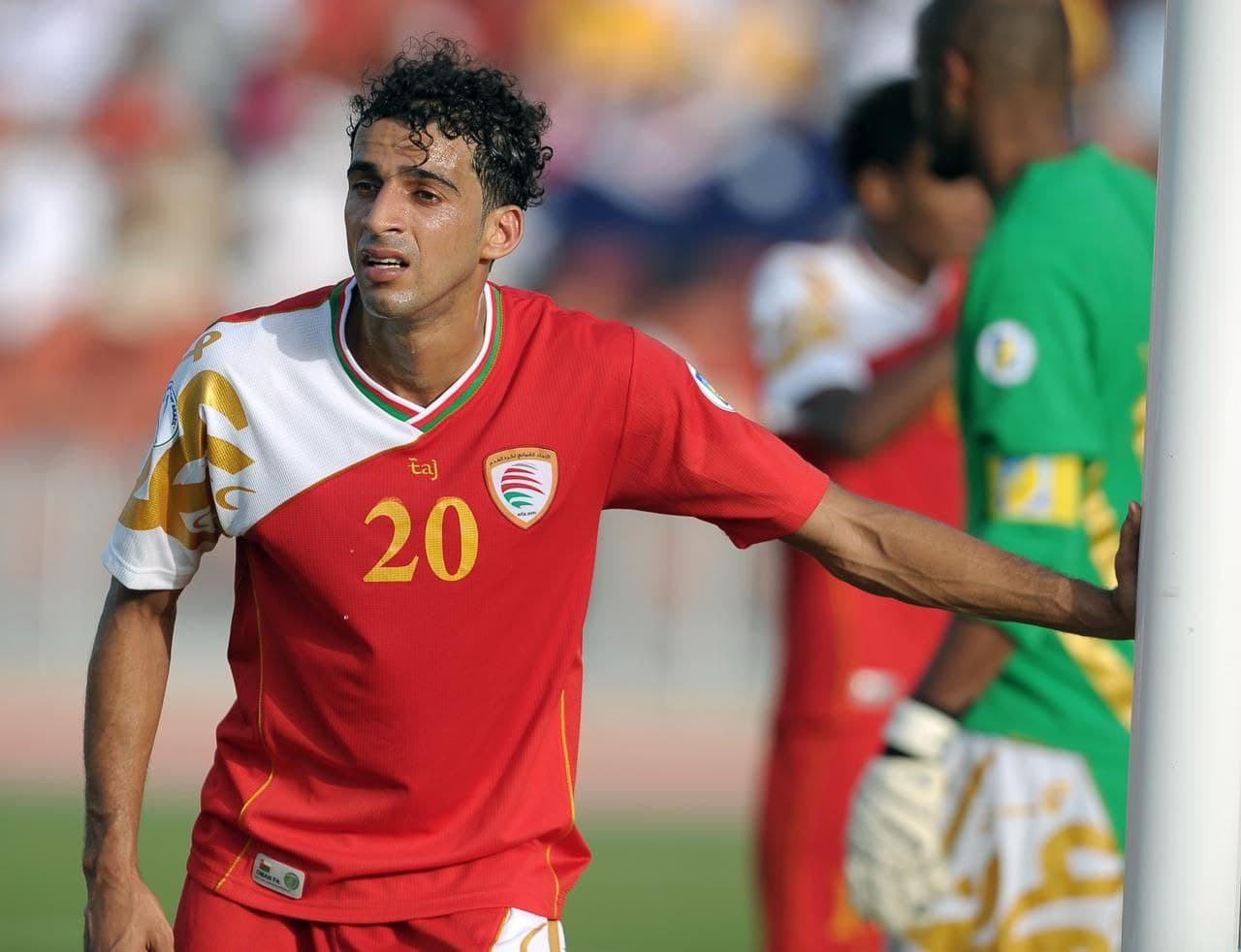 Q: Imad Al Hosani, one of the most important players of the golden generation, who won the first Gulf Cup championship… Have you ever dreamt as a youngster to join the national team, and make this dream come true?

– The dream of joining the national team is a dream of every player who starts playing football in our dear homeland, Oman, and it is an honor for every player to serve his country. Since I started playing football, I have worked hard to achieve this dream and raise the flag of Oman in international forums, and this dream came true. Thanks to God and thanks to everyone who supported me.

Q: Gulf top scorer in 2004, and top scorer in 2009 with achieving the title… Tell us about your personal feeling after the two championships. What does this precious title mean to you and your generation?

Individual titles are important for each player, as they help him develop and become familiar with fans from all countries, and raise his marketing value; but achieving a title with the national team is the goal and the great dream of any Omani player, which I aspired to and achieved, praise be to God. It was a beautiful feeling and great happiness with my fellow players, who helped me a lot in achieving the top scorer title. 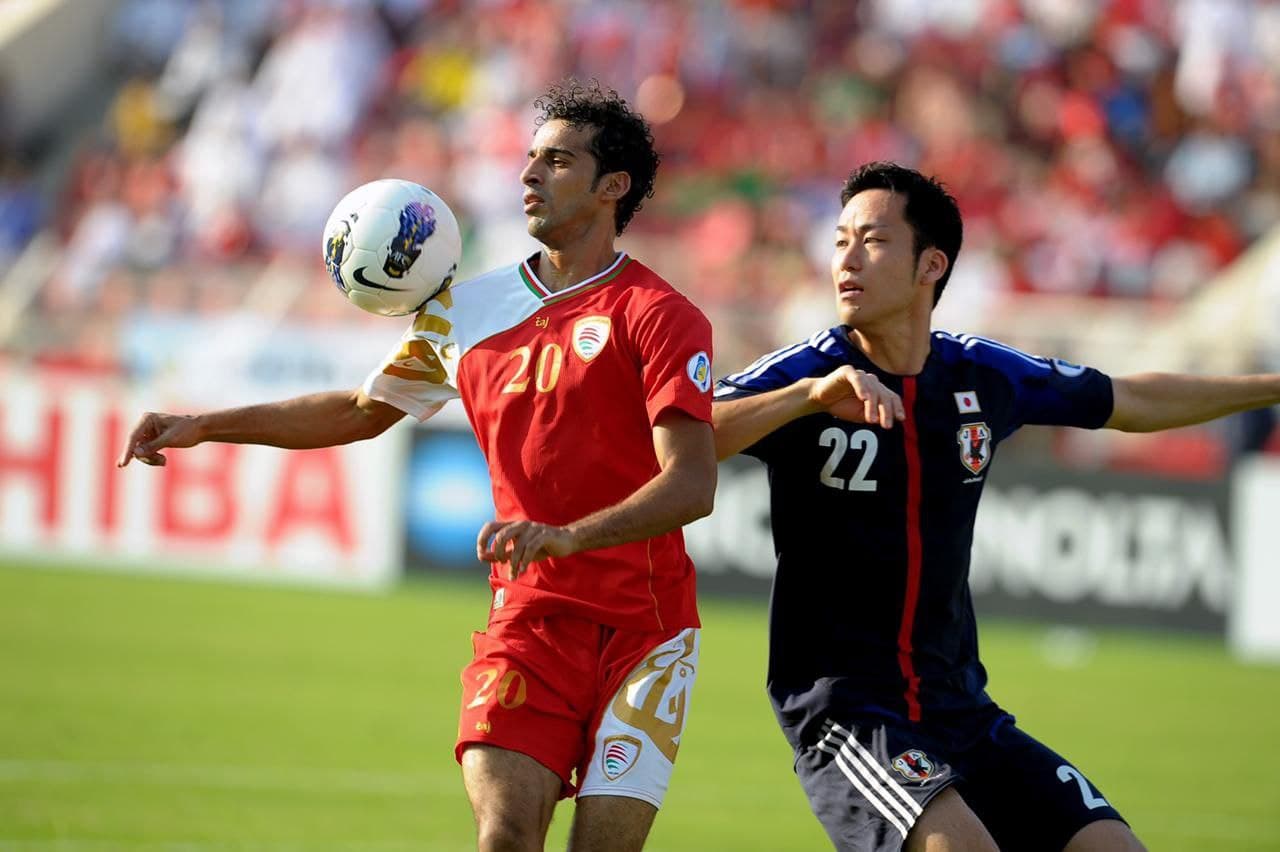 Q: The most important memories that you still remember so far after 2009.

– My memories after 2009 carry a beautiful memory – the joy of the Omani people and the celebrations in the streets after achieving the title until this moment I will never forget.

Q: Tell us about your experiences at the Gulf level and the most important Gulf players you played with.

– I benefited a lot from my Gulf experiences, as they contributed to my development technically and physically, the strength and skill in the Saudi league, enthusiasm and desire in the Qatari league, all successful experiences that I am very proud of, and there were many players who were like brothers and friends in Qatar, Al-Rayyan, Riyadh, Al-Ahly and Al-Nasr clubs in Saudi Arabia.

Q: How do you see the development of Gulf football at the present time?

– Gulf football has developed a lot and reached international forums, and what we saw from Al-Ain and Al-Hilal in the Club World Cup is the best proof of that. Currently, the Qatar national team is wrestling in the biggest tournaments and achieved the Asian Cup. It also presents itself strongly in the CONCACAF Championship (Golden Cup), as the Gulf ball is moving forward with steady steps.

Q: The teams are racing against time in the current exceptional circumstances, and are preparing for the 25th Cup. In your opinion, who are the players you are waiting to see, and whose star is expected to emerge during the tournament? Which team will be the dark horse, especially after Bahrain’s brilliance in Gulf 24.

– The Gulf Cup is a great tournament, and it was achieved by all teams except for Yemen, so it is difficult to expect who will win the title because all the teams are distinguished and ready, but I expect Iraq, Saudi Arabia and Qatar to be strong competitors and candidates for the title, and there are distinguished players such as Abdul Rahman Gharib, Salem Al-Dosari, Akram Afif, Al Moez Ali and Al-Munther Al-Alawi and others who will be involved in this tournament.

Q: How do you see the chances of the Omani Reds in the Gulf Cup, the Arab Cup and the final qualifiers for the World Cup?

– Our Omani national team has good players who have talent and enthusiasm to appear, and it is always the ambition of every player to compete in any tournament; therefore, the Gulf Cup, the Arab Cup and the final qualifiers are important tournaments, and our team will face strong and superior teams technically. I hope that it is ready, physically and mentally, for the upcoming tournaments and matches.

Q: Imad Al Hosani still maintains his position among the best scorers in the Gulf. How did you reach that position? Who is the Omani striker, and in the Gulf currently who resembles Imad Al Hosani?

The position that I reached came after hard work, fatigue and camps. Daily exercises, not staying up late, organizing food, and helping my fellow players are all factors that made me reach what I am.

Each striker has his own style, and currently in the Gulf there are distinguished strikers such as: Ali Mabkhout, Al-Moez Ali, Akram Afif, Salem Al-Dosari and the Iraqi Muhannad Ali, who I expect to emerge more and more in the coming years.