French technical director Hervé Renard announced the members of the Saudi team which will participate in the preparatory camp for the double Asian qualifiers for the 2020 World Cup and the 2023 Asian Cup, which will be held in Riyadh from May 31 to June 15. 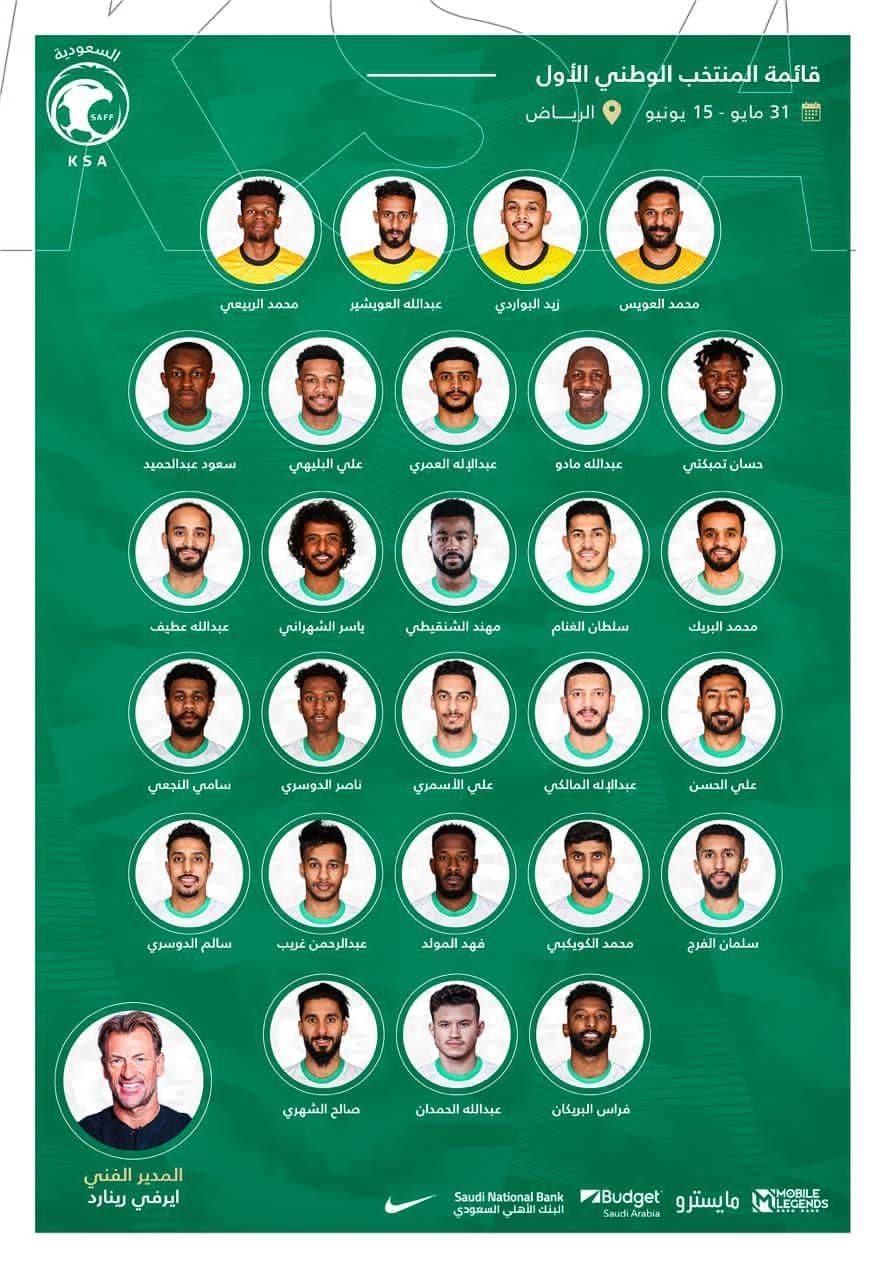 The Saudi team will host Group D competitions, where they lead with 11 points, ahead of runner-up Uzbekistan by two points before three rounds from the end.