Bertone Lab was amazed at the content the cup contained

The map of the Arabian Gulf tops the cup

The Gulf Championship is taking a turn, thanks to the professionalism of the Gulf Cup Federation

The Iraqi artist Ahmed Al-Bahrani, who created the Arabian Gulf Cup (specifically the version that was specially made for the “Gulf 17” organized by Qatar and won the title), says that the cup tells a story of the content of the Gulf’s unity and their union, and it contains meanings that will remain firmly in the hearts of the Gulf peoples, which is a Qatari idea and with the support of Qatar, and presented as a valuable gift from Qatar to the people of the Arabian Gulf.

He pointed out in an interview with the website of the Arab Gulf Cup Federation that the owner of the idea had a vision and it has been achieved, and his vision is how to translate the Gulf cohesion in sports, and as you know that the Gulf Cup championship has a great position in the souls, and this was embodied in the Gulf 17 which was held in Qatar, the vision has been fulfilled. The cup achieves the purpose for which it was found, as we touch it on the ground, and that the artist needs a green light according to the area of freedom, which is what the owner of the idea, who supports the project of making the Gulf Cup in the current version, has achieved, and we started the dialogue with the question that:

Q: Did you plan to create the Arabian Gulf Cup and how did the idea start?

The truth is that the idea came through one call, which was the beginning of the Gulf Cup project, which Qatar presented as a gift to the Gulf Cup tournaments and the beginning of the Gulf Cup 17, and I had no idea about the cup or its content, and he asked me during the call to be in a specific place, and I did not know what would be in the meeting, but inevitably it will be good, and I was sure that the matter will have to do with sculpture and art as an artist, and the surprise was that a cup design was requested for the 17th Arabian Gulf Cup in Qatar, as the tournament will witness the return of Iraq after a period of absence and I said that the return of Iraq is a gain for Iraq and I am very happy because it has returned to the championship through a country in which I live in which is Qatar, and my choice came to make the third cup for the tournament after the previous cup was retained by the Saudi national team and before it by the Kuwaiti team, and the great idea was proposed by its owner and with his support, its content of unity and the Gulf position to be embodied in the new cup. 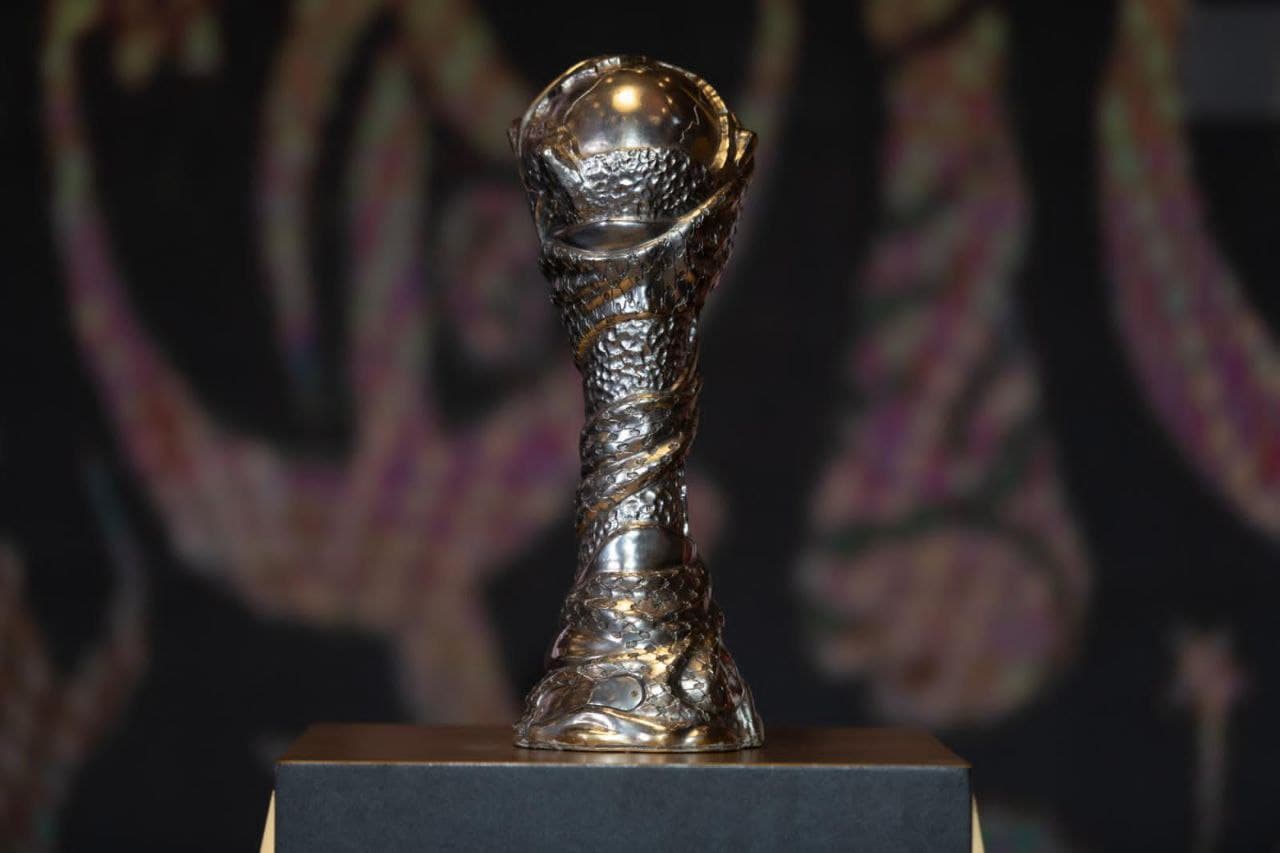 Q: How was the start of the journey with the Gulf Cup?

The trip was in the design and thd work of the cup in which I left to Italy and transferred the idea and design and met with Mr. Luza Bertoni, director and owner of the Bertoni factory in which he made the 2018 World Cup, and he was surprised by the project of the cup and it was a work for him. When he saw the project, he found a great privacy for it after I explained the idea to him regarding the cup and the goals from the cup, and that we want to come up with something different that has a presence more than a traditional cup, as Bertoni said that this thing is different and for the first time a person comes to implement things with his hand, and he was amazed by the idea and said that it is the first of its kind that reaches us and has deep meanings, in which most of the cups are beautifully painted, but without luster.

Q: How did you handle the work?

Firstly, I dealt with clay and as much as it is a simple and soft material as much as it is difficult and I see it more difficult than dealing with stone, and even more difficult than dealing with iron because it forms things, and when I dealt with the clay mass I started working, and here the project had completely changed. In practice it is easier, but it took a longer time in terms of the idea, and in many times I reach a stage I say the project is finished and I completed it, but we go back and add to it things that complement the idea. 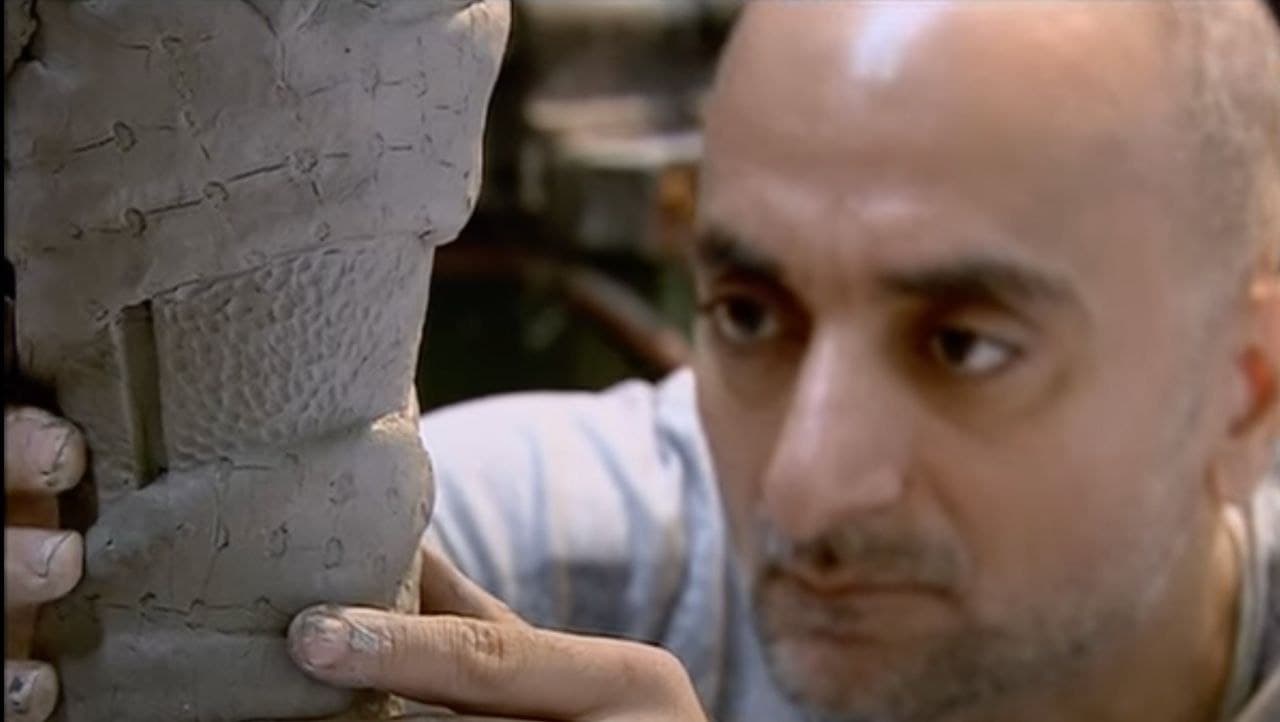 Q: Were you communicating with Doha in order for the idea to be complete?

Certainly, I am in constant contact with the concerned parties and the owner of the idea who was keen to translate it realistically, and it became a discussion about how to give a very simple suggestion to the previous cup, and the suggestion was that we choose the shape of the incense burner, which is a simple suggestion of its shape and how to use it, and here I entered new mazes.

Q: What is the idea of the cup?

The idea of the cup aims to heal the rift after the exit of Iraq, and the idea of the Iraqi Kufic came to the side of the Gulf shemagh to bring together the parts of the cup to gather reunification and return to its natural path.

Q: What is the most important addition during work? 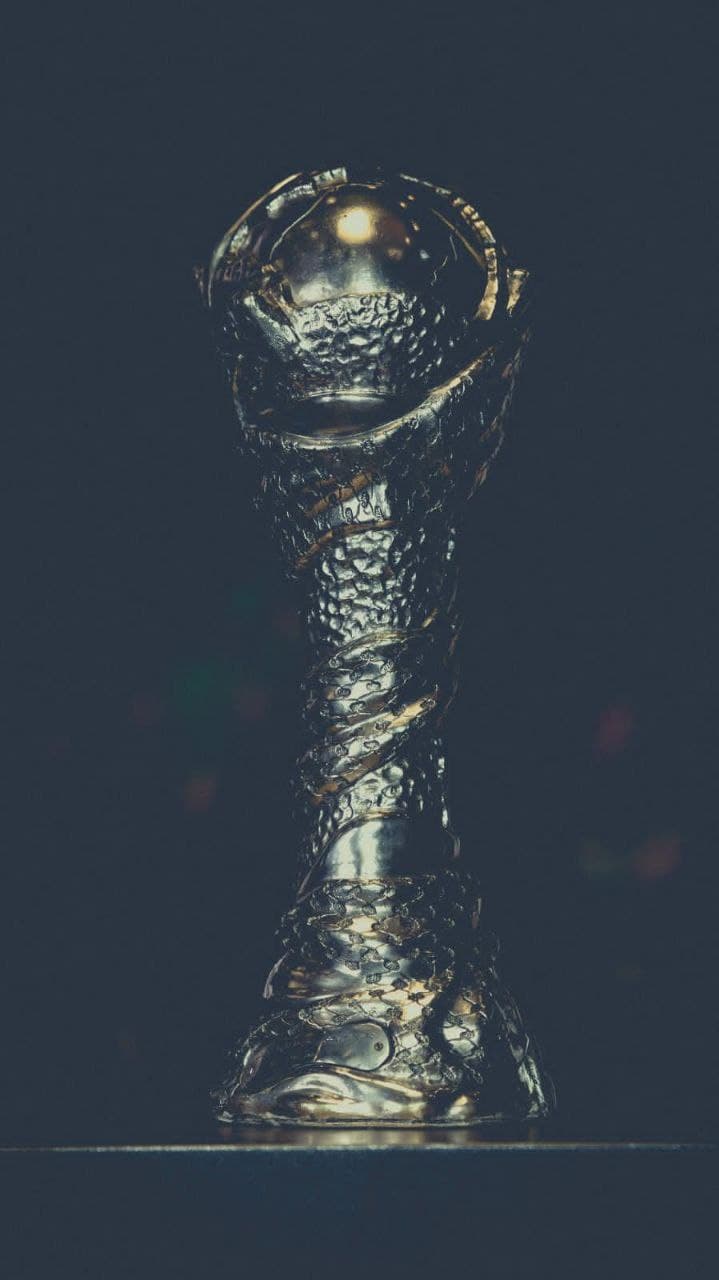 Q: How did you put the name of the championship on the cup?

During the work I thought about how to write the name of the championship on the cup, regardless if it changed from one place to another to change only the date, and I wanted to dig from within the basic design of the cup the name of the championship, which is the Arabian Gulf Cup, and I tried to write it in the traditional font, but I did not like the idea, and then we arrived to the idea that one of the children of the Gulf, who are the future of the countries in the region, should come to write it spontaneously.

Q: In every tournament, the name of Ahmed Al-Bahrani is present, as he made the Gulf Cup, which the teams compete for, starting with the Gulf Cup 17. How would you describe this feeling to us?

I feel very happy in every championship. I always be present in the final through the cup “Masterpiece”, but I feel that I am a partner to the winning champion, and that the cup that bears the name of the Gulf Cup has a great place in my heart and I cherish it a lot and I regard it as the best for me despite the many works I did, including the handball World Cup and others, except that the Gulf Cup is the closest to myself and I regard it as a pride for me, and also I am proud of the owner of the wonderful idea that was embodied on the ground in the best way. The Gulf Cup championship has witnessed a qualitative leap through the Arab Gulf Cup Federation, which is keen on permanent development and works With distinctive professionalism.