Oman coach Branko Ivankovic announced a list of 29 players who will join the camp, which will be held from April 17 to May 5 in Dubai, in preparation for the double qualifiers for the 2022 World Cup and the 2023 Asian Cup. 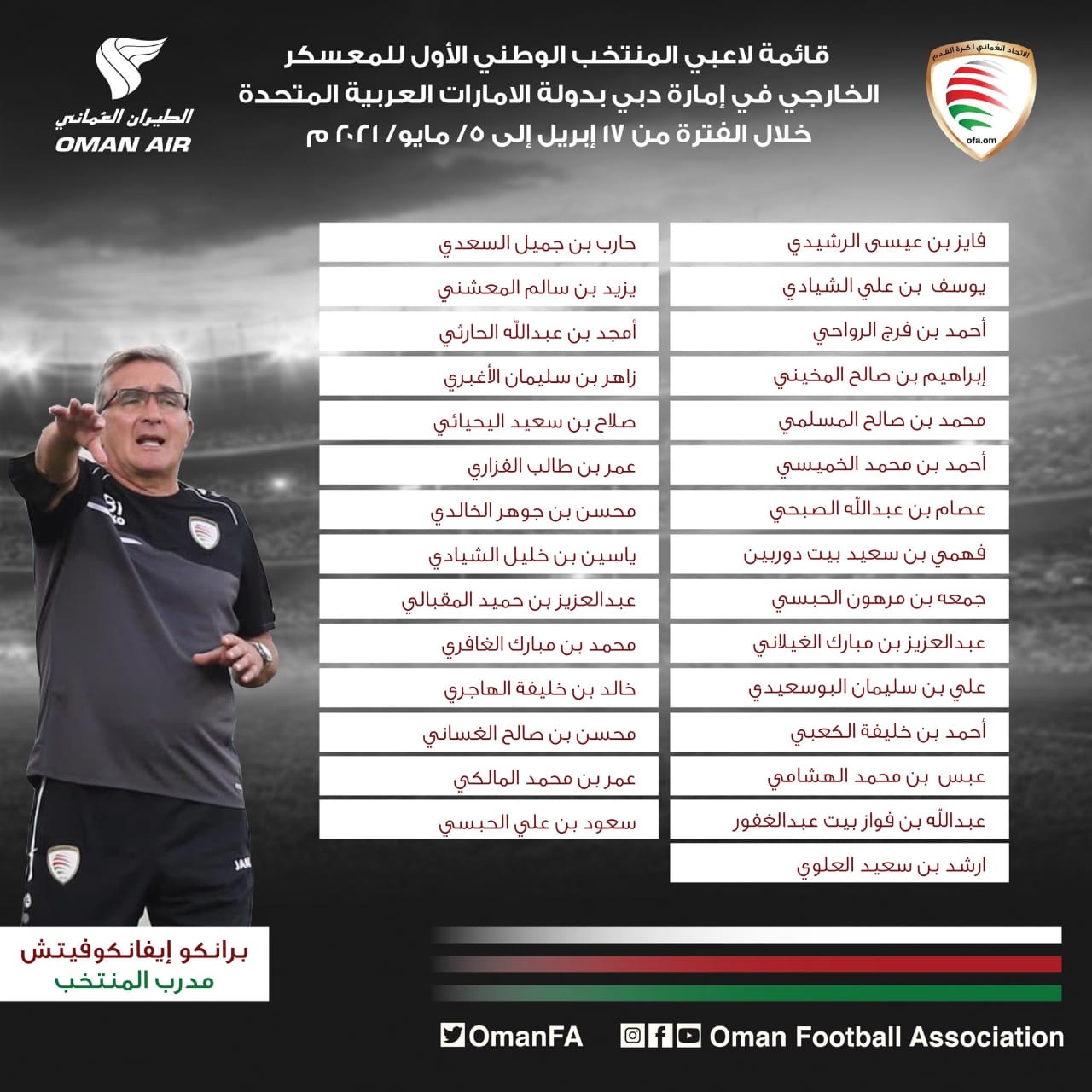 Oman will play another camp from May 16 to 30, which will include two friendly matches against Thailand on May 25, and the other against Indonesia on the 29th of the same month.