Dr. Hamid Al-Shaibani, head of the inspection team emanating from the committee studying the files of hosting the Gulf Cup 25 for the Arab Gulf Federation Cup, will hold a press conference tomorrow, Wednesday, with the participation of the Governor of Basra, Asaad Al-Eidani, and Ahmed Al-Mousawi, Director General of Physical Education in the Iraqi Ministry of Youth and Sports, in the presence of a large media. It will be held in the governorate’s conference hall on the conclusion of the inspection trip for the facilities, stadiums, hotels, transportation and infrastructure needed by the Arabian Gulf Cup.

Dr. Hamid Al-Shaibani will talk about the inspection team’s mission, the most important stations visited, the observations that he found, and the possibility of implementing them after they are presented to the Iraqi side. He will also respond to various media questions regarding the team’s work, and what they did during the past days when they were in Basra.

As for the governor of Basra, in turn, he will present a complete picture about the extent of Basra Governorate’s ability to host the 25 Gulf states and the implementation of all requirements that contribute to the possibility of organizing the Gulf tournament.

Ahmed Al-Mousawi will explain the role of the Ministry of Youth and Sports and what it will do during the next stage, especially that the inspection team will submit its report to the Arab Gulf Cup Federation which the Ministry and the Iraqi Football Association are waiting for to complete whatever is required. 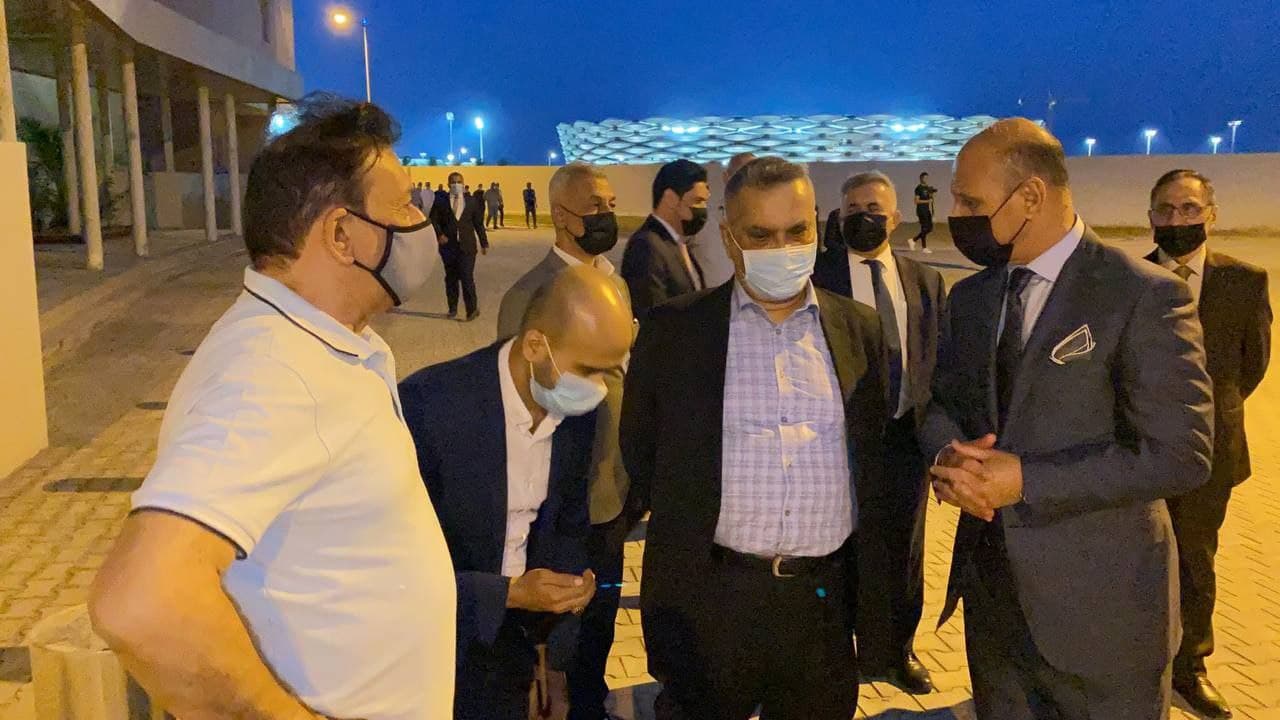 His Excellency the Iraqi Minister of Youth and Sports Adnan Darjal appreciated the role played by the inspection team in the Arab Gulf Cup Federation which worked in the spirit of cooperation and professionalism entrusted to it, and provided valuable professional notes to all aspects of the work in organizing the tournament.

He also valued during his meeting with the inspection team the support of the Gulf Cup Federation for all countries that organize thr Gulf Cup tournaments. He appreciated the fact that it aims to enhance the development and progress of the championship and its positive reflection on the sport of the countries that organize it, and praised the sister Gulf federations’ support for the Iraqi file on the Gulf 25, stressing that the masses of Iraq and the Gulf masses are looking forward with passion and anticipation to the announcement of the date of the tournament.

Darjal had given full explanation to the delegation about the most important sports facilities that are currently being utilized and promised to provide all the requirements for the Gulf Championship 25, and at the same time confirmed that this would constitute a qualitative leap in all the facilities of life in Basra. He accompanied the delegation on a tour of all facilities, the eight hotels in the Sports City and its main stadium. 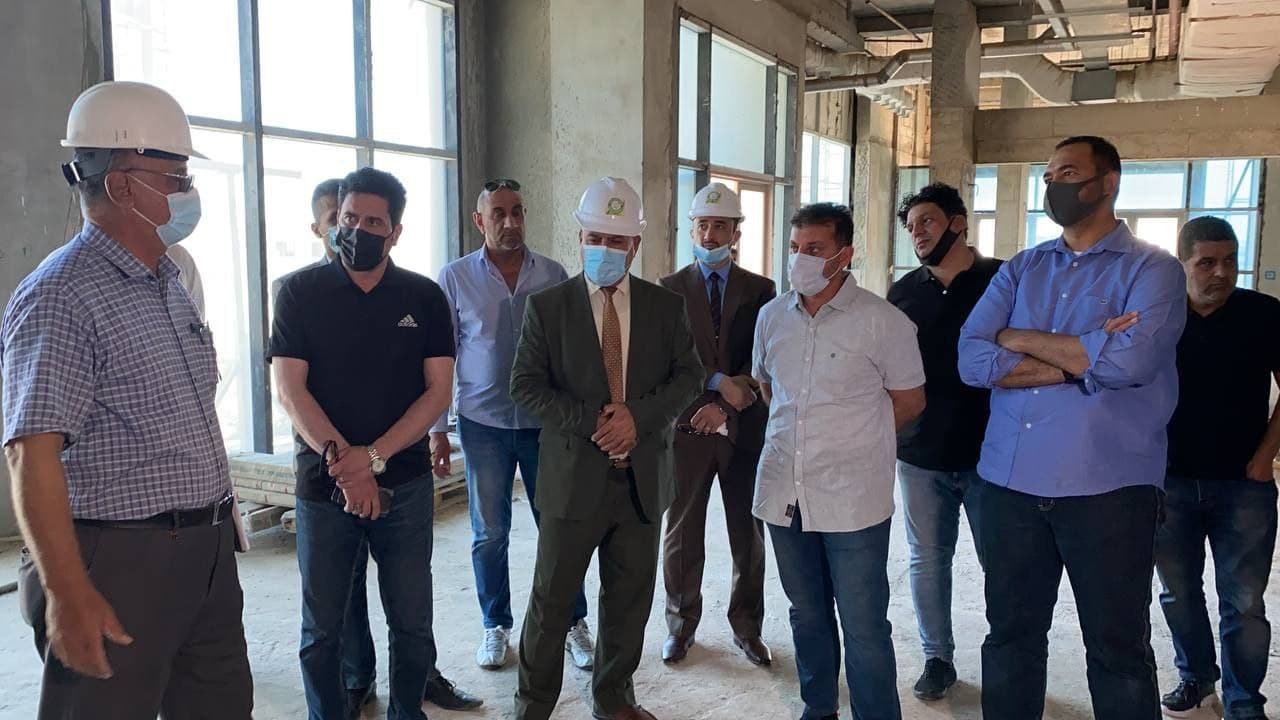 Dr. Hamid Al-Shaibani, head of the Gulf 25 inspection team, said that the team works with great professionalism aiming to assist and serve the host country for the Gulf Cup in accordance with the special regulations set by the Arab Gulf Cup Federation. Dr. Al-Shaibani added that what the delegation is asking for is not only in the Gulf 25, but what is applied in all tournaments held in the Gulf countries, referring to the adoption of three football stadiums if the championship is approved in its 25th version in Basra.

The second stadium is another inspection station 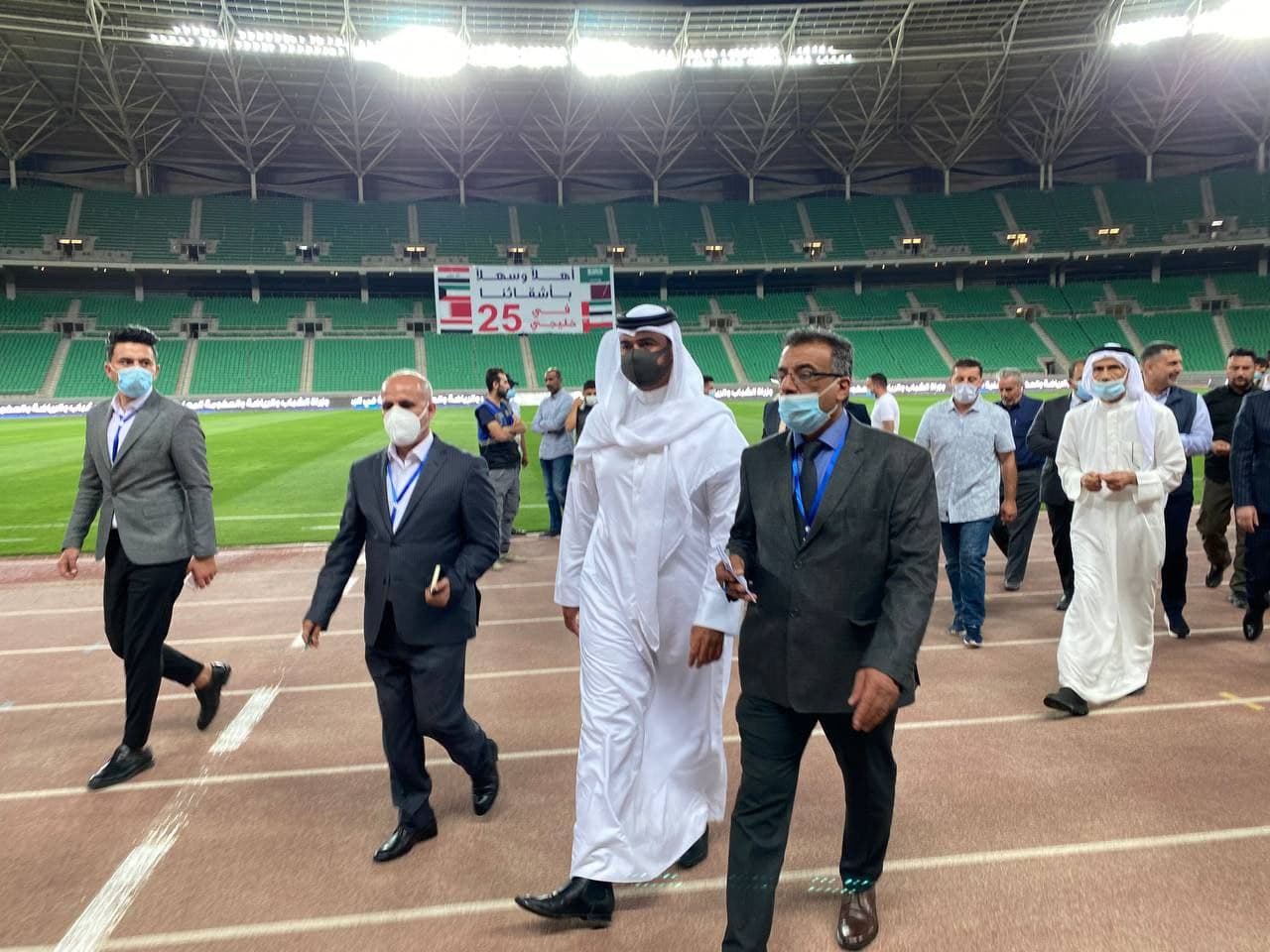 A Gulf 25 inspection team concluded inspecting sports and tourism facilities in Basra by visiting the Secondary Sports City stadium which has a capacity of 10,000 spectators, as well as the four training fields, and provided comments of what must be stopped and the necessary requirements to be completed.

Visiting the airport and malls

The inspection team for Gulf Cup 25 visited Basra Governorate airport and reviewed the preparations and services that will be presented to the governorate’s guests from the participating teams and the masses, confirming the flow of entry and smooth completion of their procedures, as well as the road network linking the airport with the sports city, the port stadium, and down to the center of the governorate. The team also visited the existing malls and their services and entertainment venues.