The delegation of the Arab Gulf Cup Football Federation, represented by the Gulf Inspection Team 25 headed by Dr. Hamid Al-Shaibani, continued the task of inspecting the facilities and stadiums in the Iraqi city of Basra, which requested hosting the Gulf Cup 25. The members were divided into two teams to carry out their mission, one of them went to The Turkish hospital which was designated for the championship, and the hospital which was built on a large area includes all medical specialties. The inspection team met with the Director of the provincial health and the resident engineer. Its wards were inspected, and a detailed explanation was heard about each section and how the work will be completed in the hospital to be ready before the start of the tournament at an appropriate time and the mechanism to take advantage of its proximity to the Sports City. The inspection delegation presented the observations and requirements it deems appropriate, in addition to providing it with all the details of the building, its contents and the special system. 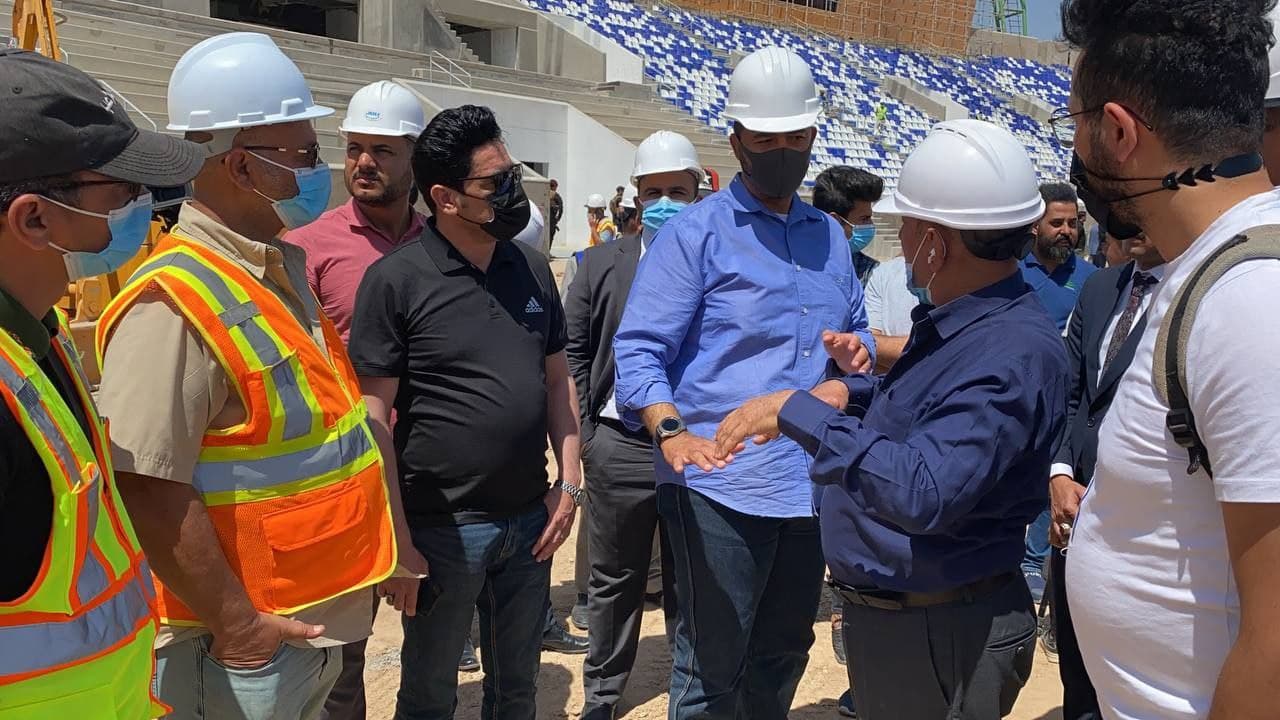 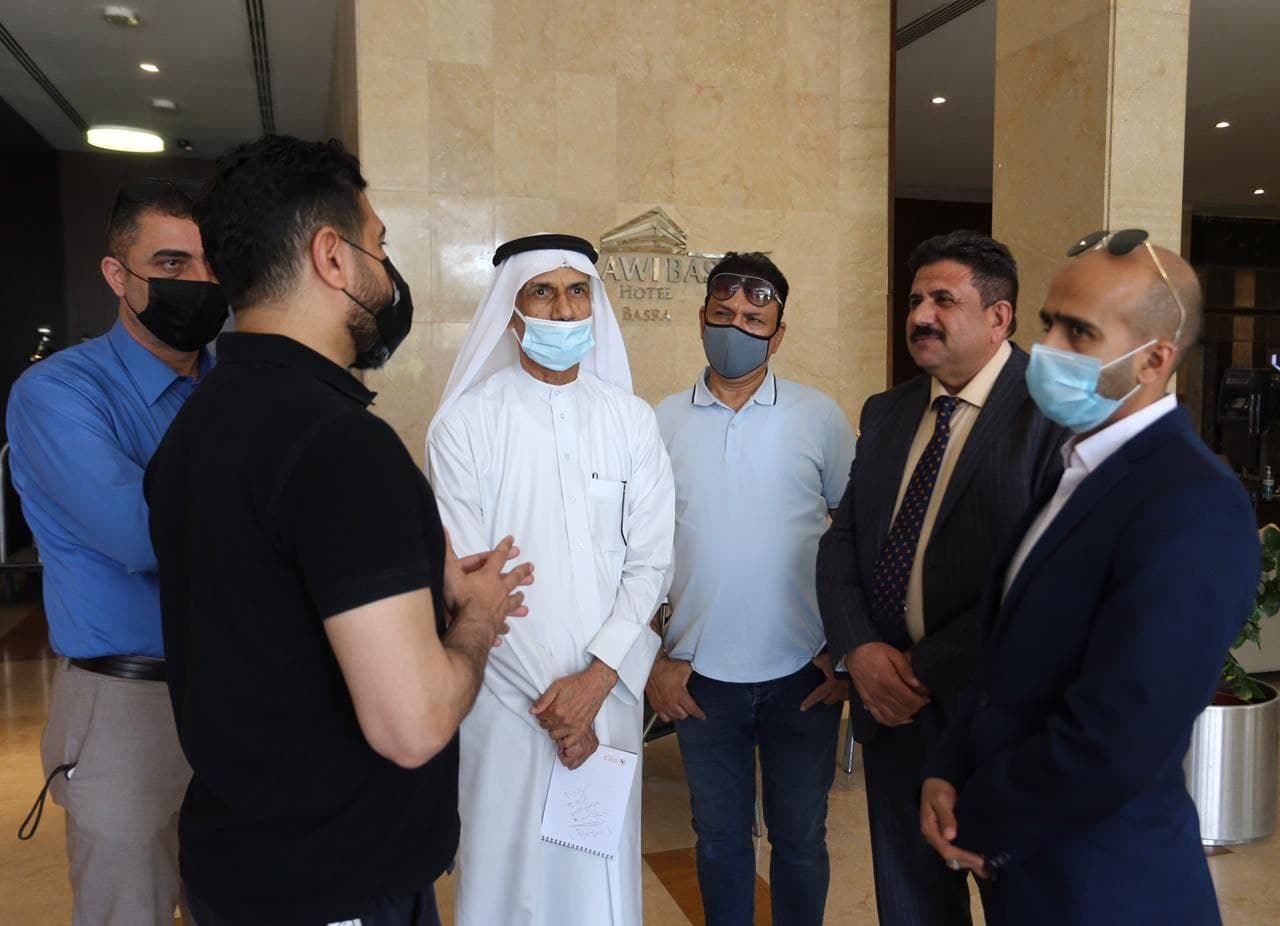 As for the second team, it went to Al Mina Stadium in the city center, which is the second stadium dedicated to the tournament after the Sports City, where the engineers in the inspection team were briefed on the stages of completion of the stadium by the resident engineer and the implementing authority. The Gulf delegation was accompanied by the governor of Basra, Asaad Al-Eidani, and the Director of the company was present who confirmed the readiness of the stadium at the beginning of next October, and that this represents a challenge for the Iraqi side. 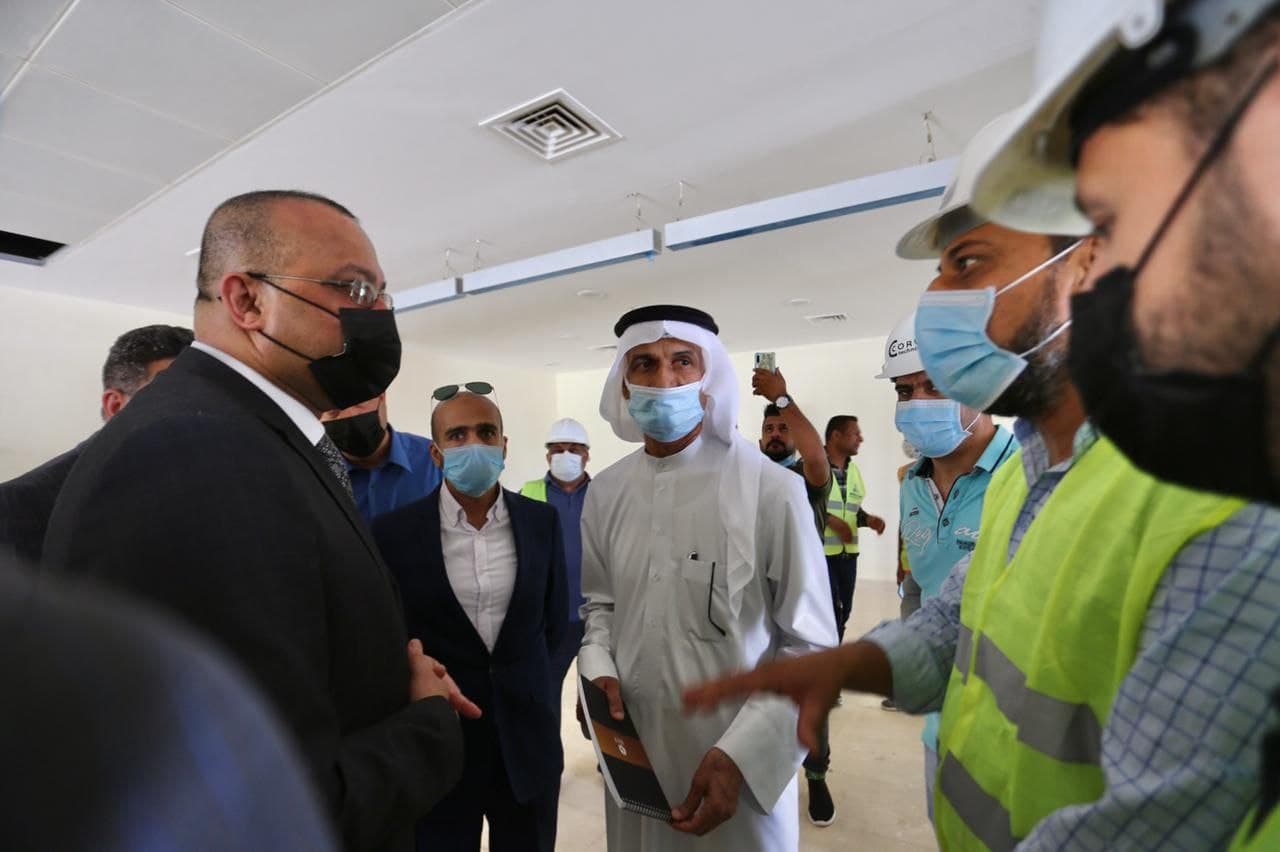 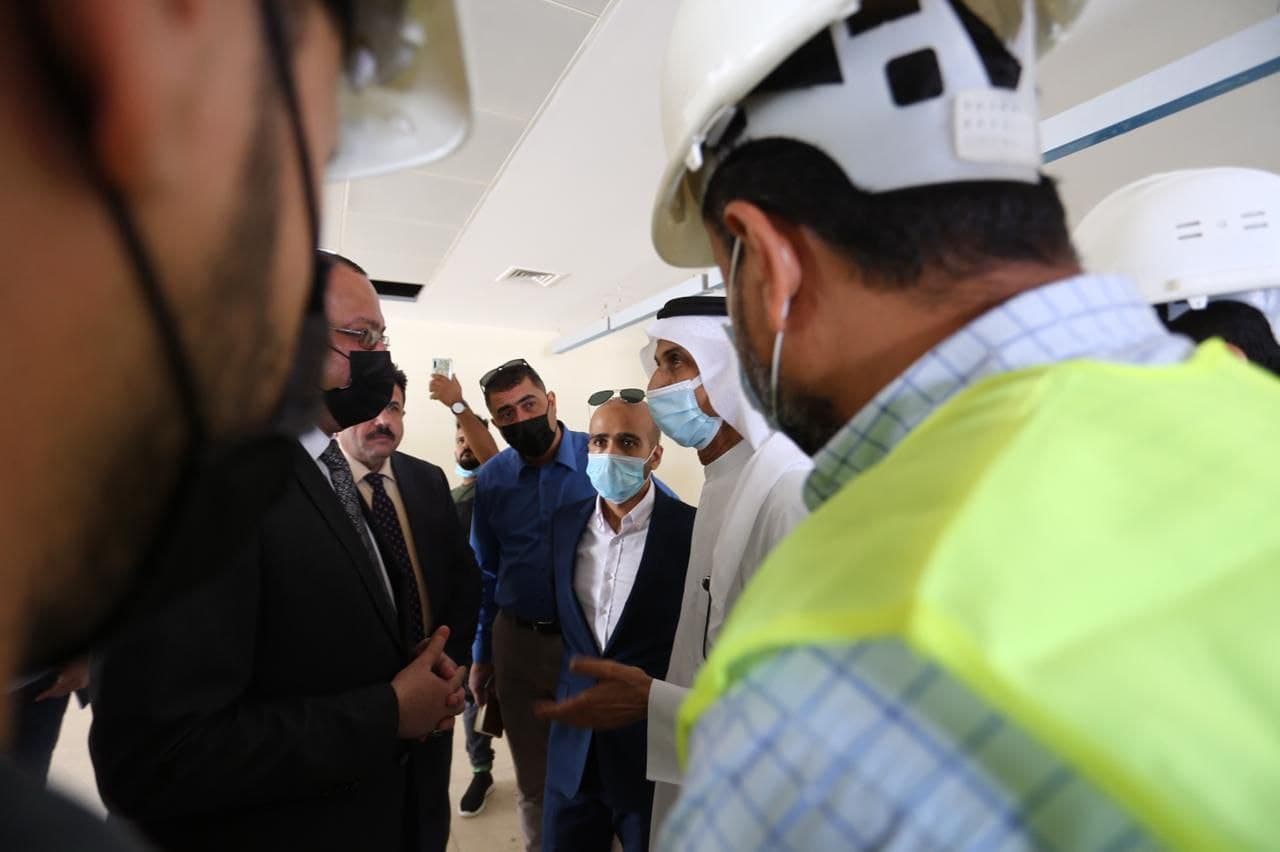 The engineers on the inspection team took notes on the stadium and asked to complete them within a specific time limit. The technical delegation also visited the presidential palaces and made a field tour in them.

Mirza Ahmed: Basra has changed from what it used to be 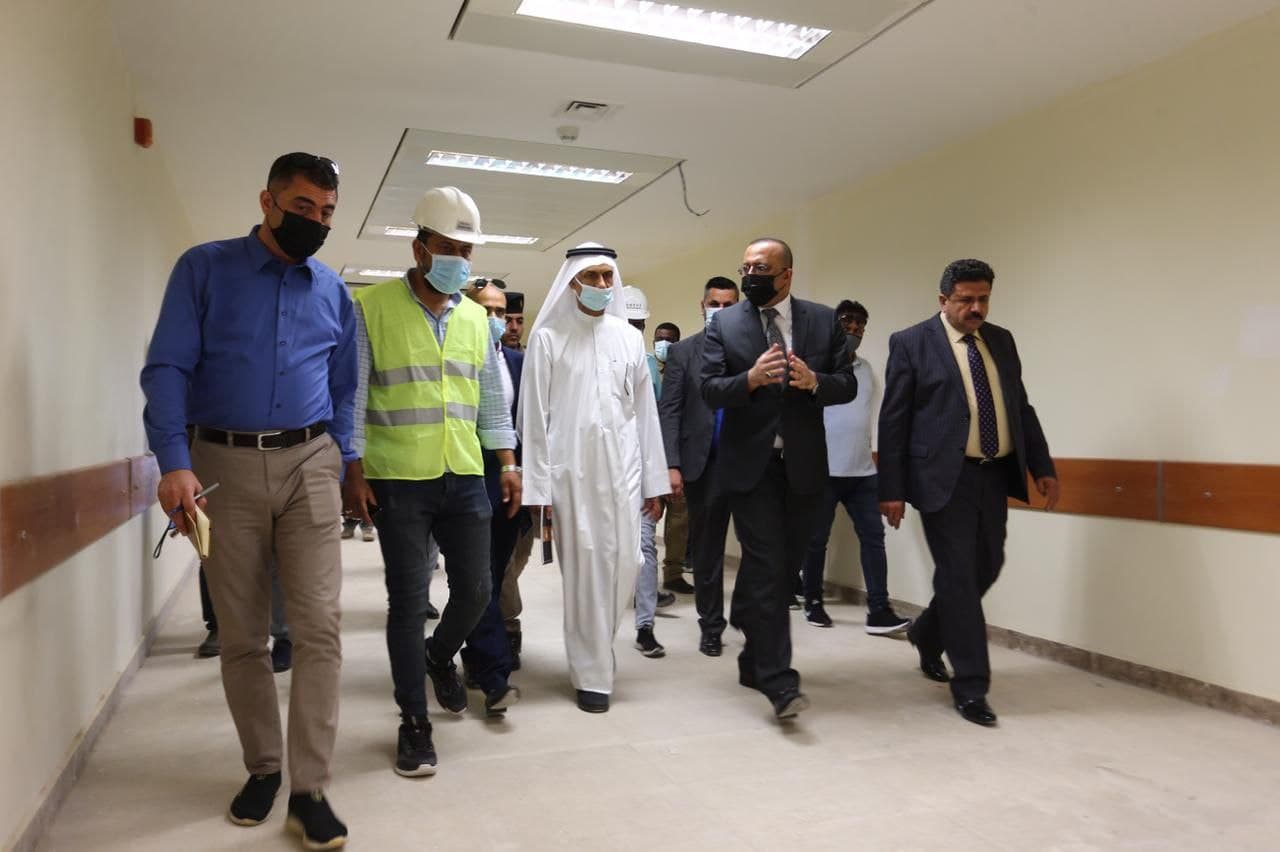 A member of the Gulf inspection team 25, Mirza Ahmed, said that he witnessed a great change and development in the infrastructure of Basra Governorate than it had been before. He adds: “I was a member in the file of lifting the ban and I was present in 2017, and I was part of the committee that decided to lift the ban on Iraqi stadiums which were well deserved. Today I see Basra completely different from what I saw four years ago. It has infrastructure, stadiums and hospitals, and I am happy between my brothers and my family in the dear province of Basra. I have confidence in Iraq’s ability to organize tournaments.”

The port … the biggest challenge 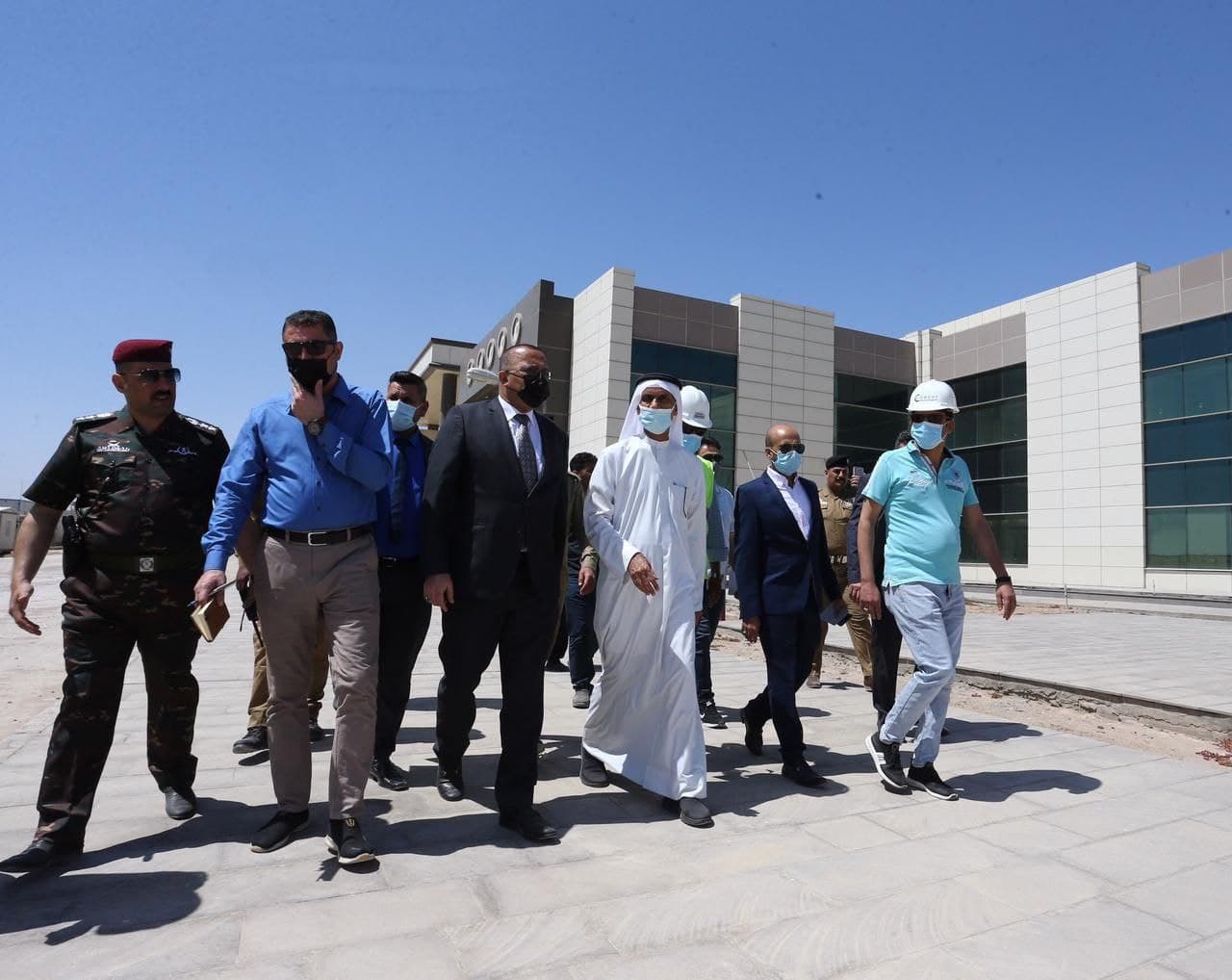 Engineer Khaled Al-Hajj, a member of the technical committee of the Gulf 25 inspection team in Basra, said: “The hotel service and tourism facilities are reassuring, as is the case with the Sport City, the main and secondary stadium and training venues, noting that the biggest challenge is to complete the Olympic Stadium with a capacity of 30,000 spectators, and to achieve 79% of the volume of work.” 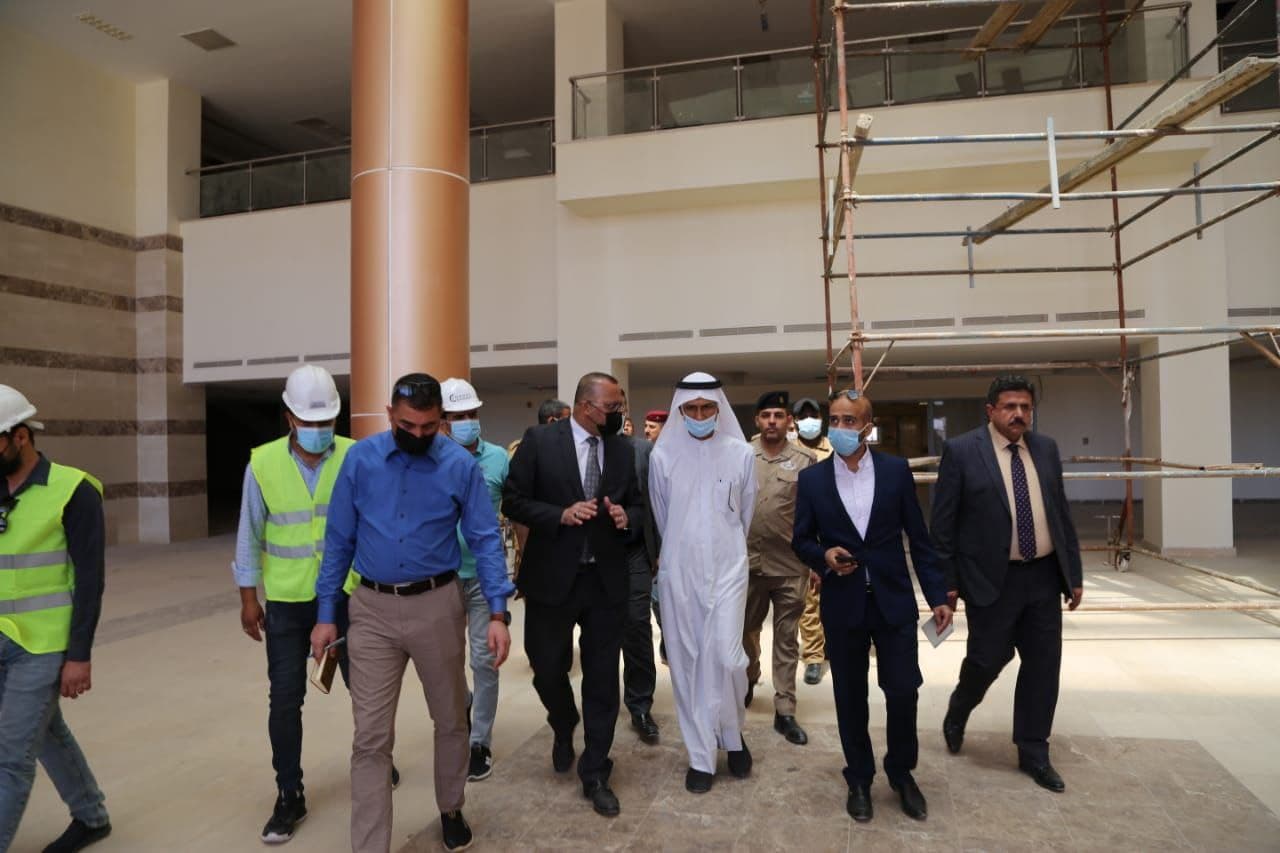 Basra Governor: The port will be completed before October 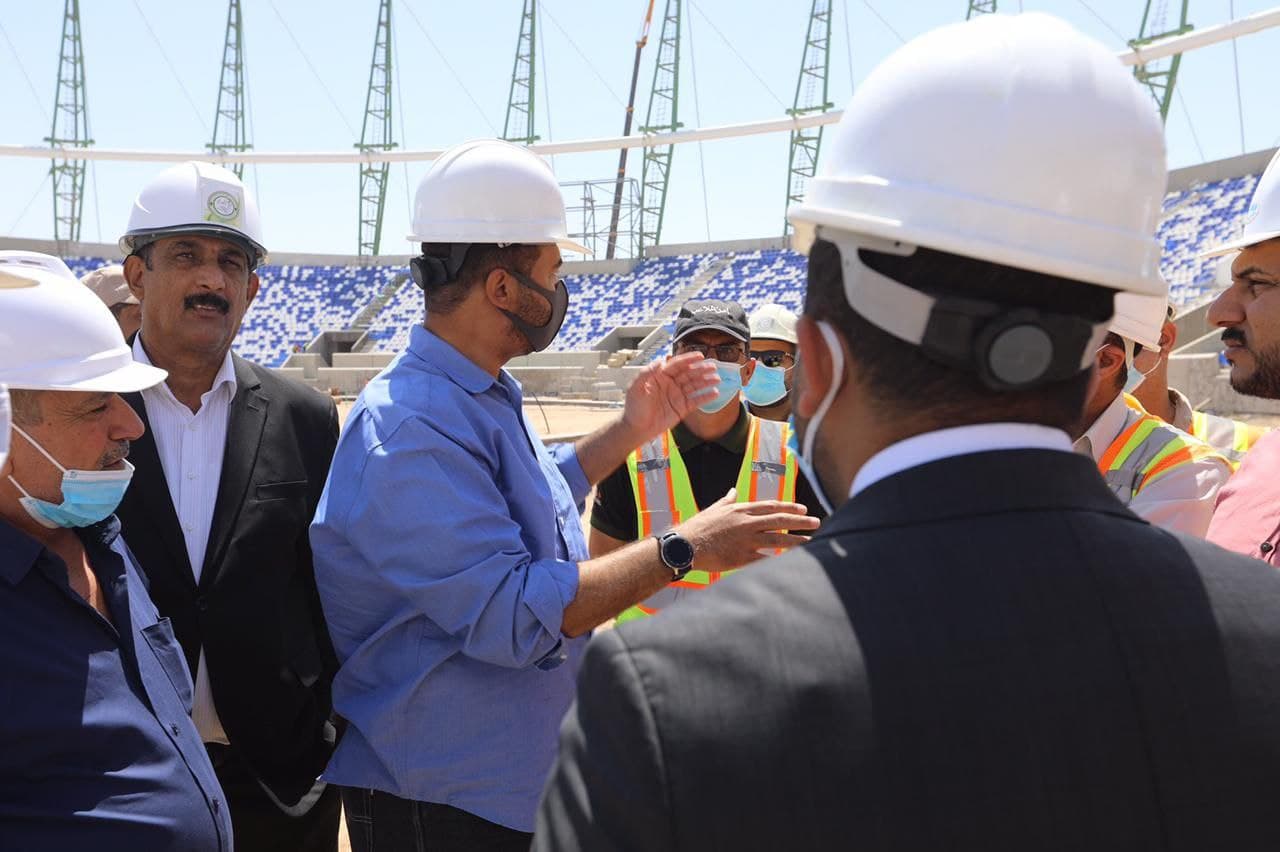 Basra Governor Asaad Al-Eidani told the technical delegation of the inspection team that all matters have reached a complete solution after approving the budget and financial allocations for the stadium, and that they are fully confident that it will be completed before next October as they are preparing for a big opening match that will be held in mid-September. 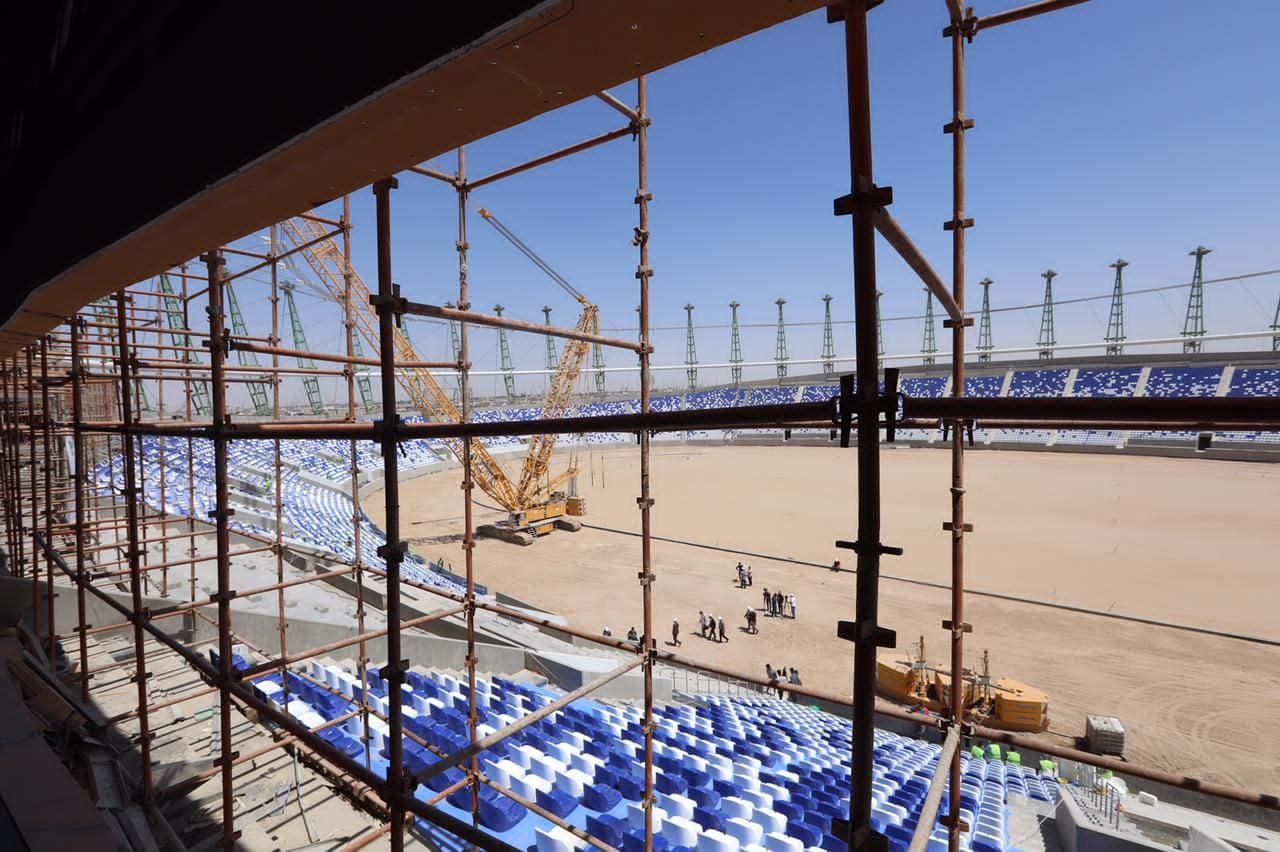 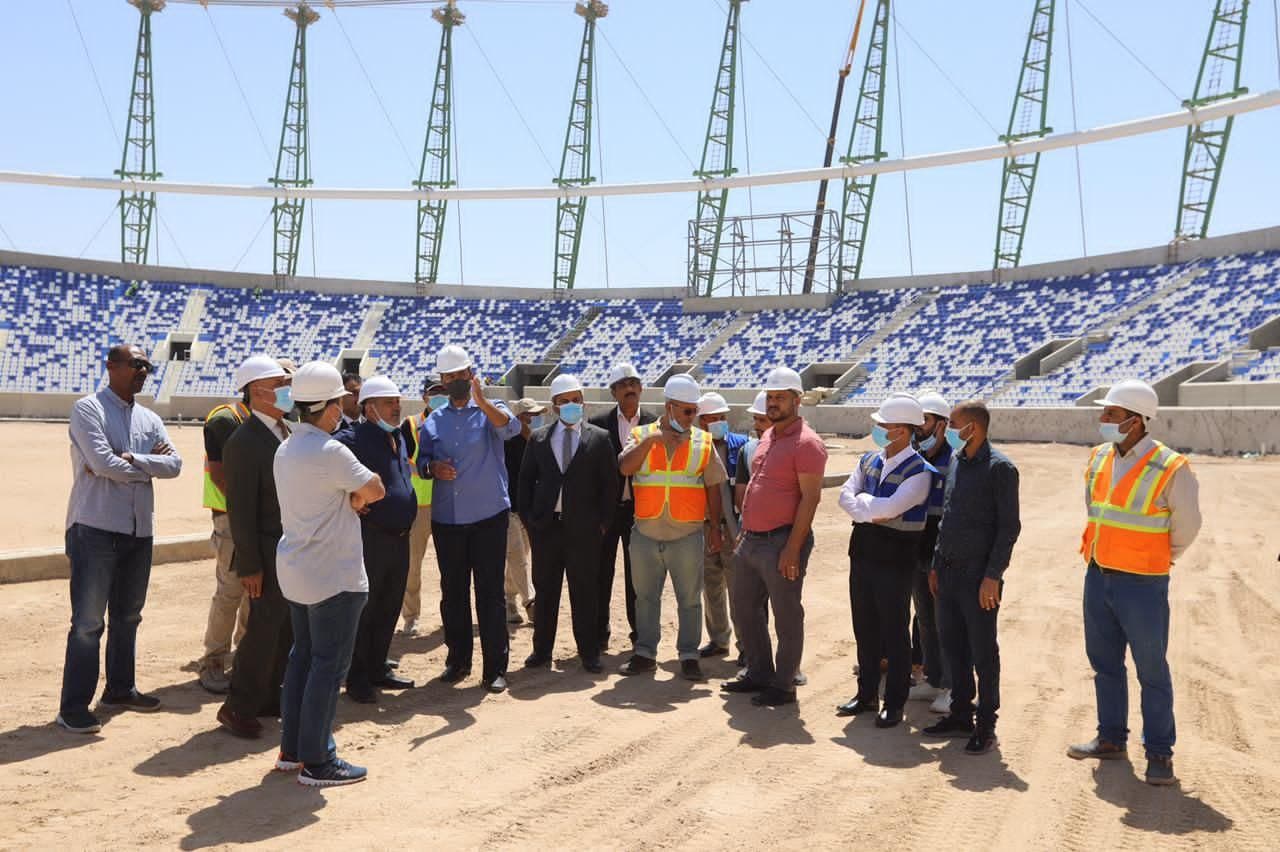 He added: “The Minister of Youth and Sports Adnan Darjal informed me and assured me of supporting the government at the highest levels, and its follow-up of the Gulf 25 organization’s file in Basra, and he would personally arrive to increase reassurance and confirm this saying.”

Eng. Abdul Hussain Hamza, Director of the Projects Executing Company for the Mina Stadium, and Engr. Najm Abdul Wahid, Director General of the Engineering Department at the Ministry of Youth and Sports, explained the details of the stadium, the size of the actual achievement, and answered the questions of Engr. Tariq Ali from Kuwait and Khaled Al Hajj from Bahrain, which relate to the guarantees in completing some modifications for players’ changing rooms, health services, media professionals’ seating, car garages, and entry and exit gates, requiring detailed technical reports.

Presidential palaces and a field tour 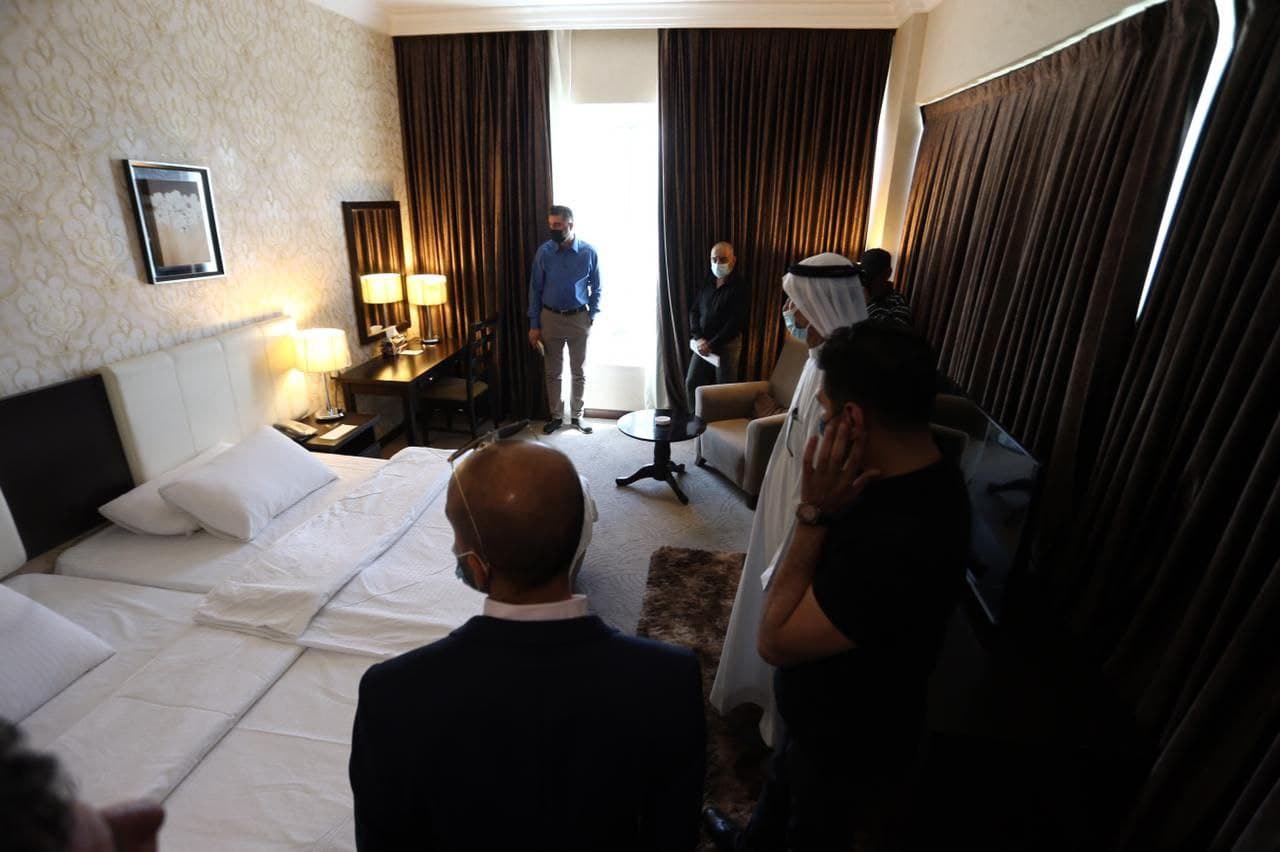 The technical delegation of engineers in the inspection team looked at the presidential palaces, which include about 20 villas, in addition to a hotel with several floors, and a mall. The delegation toured the resort and listened to a detailed explanation of its contents and the period required to complete the hotel that is in its final stages. 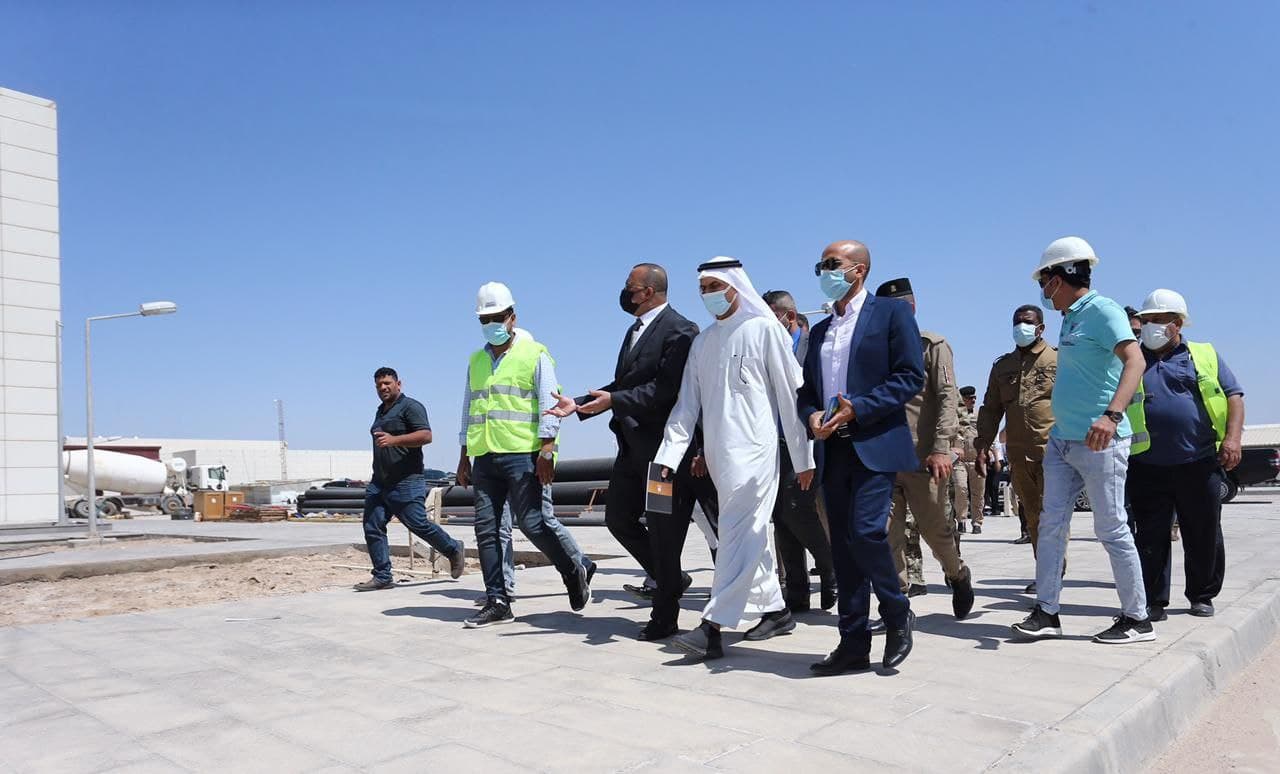 This resort is called the Presidential Palaces which is considered a big project. However, the work stopped there previously. In order to prepare for Gulf 25, work started on it, and it is hoped that it will be completed before the tournament, especially the hotel and the mall. 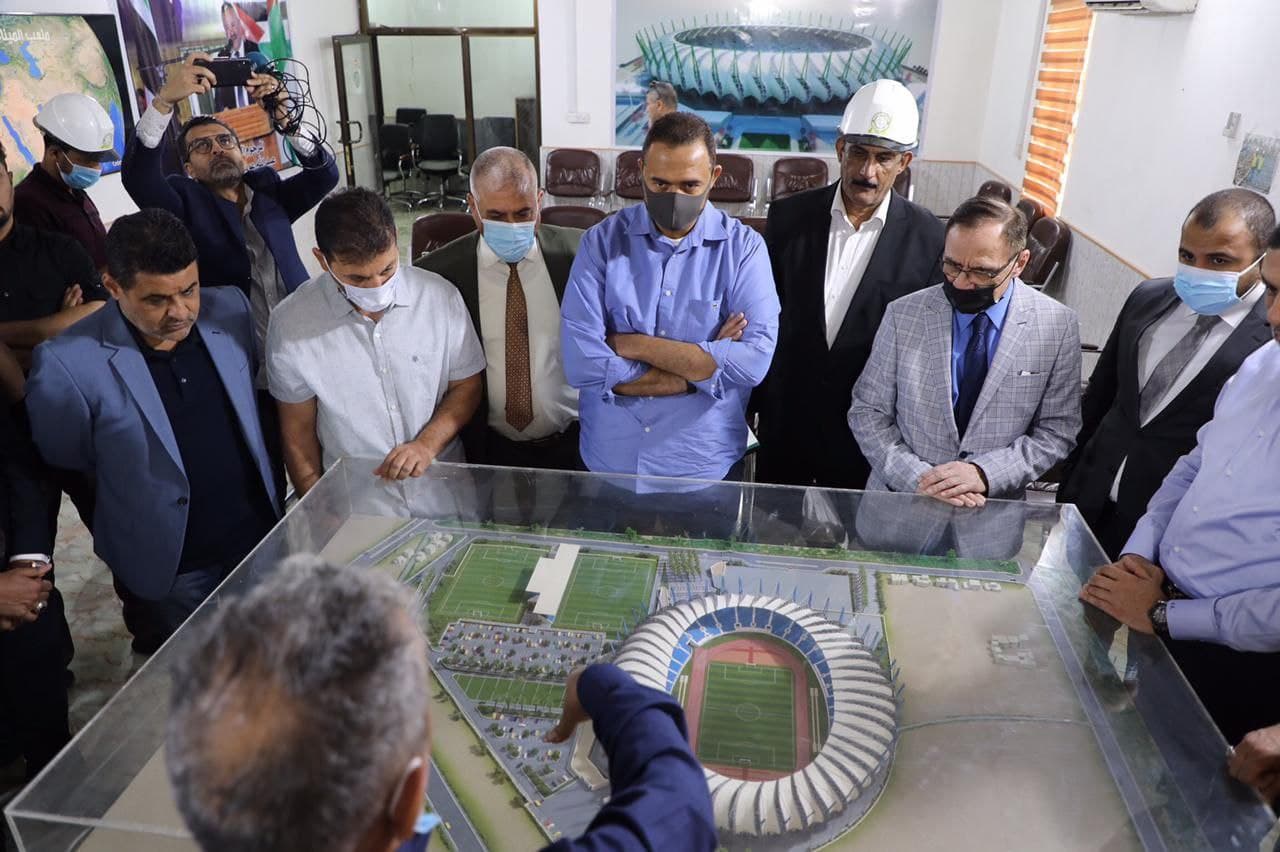 The inspection team emanating from the committee studying Gulf 25 hosting files was keen to continue work during the morning and evening periods through continuous visits in order to accomplish its mission, and to present the report of the team to the committee, which in turn will submit it to the Executive Office and the Federation’s general assembly. 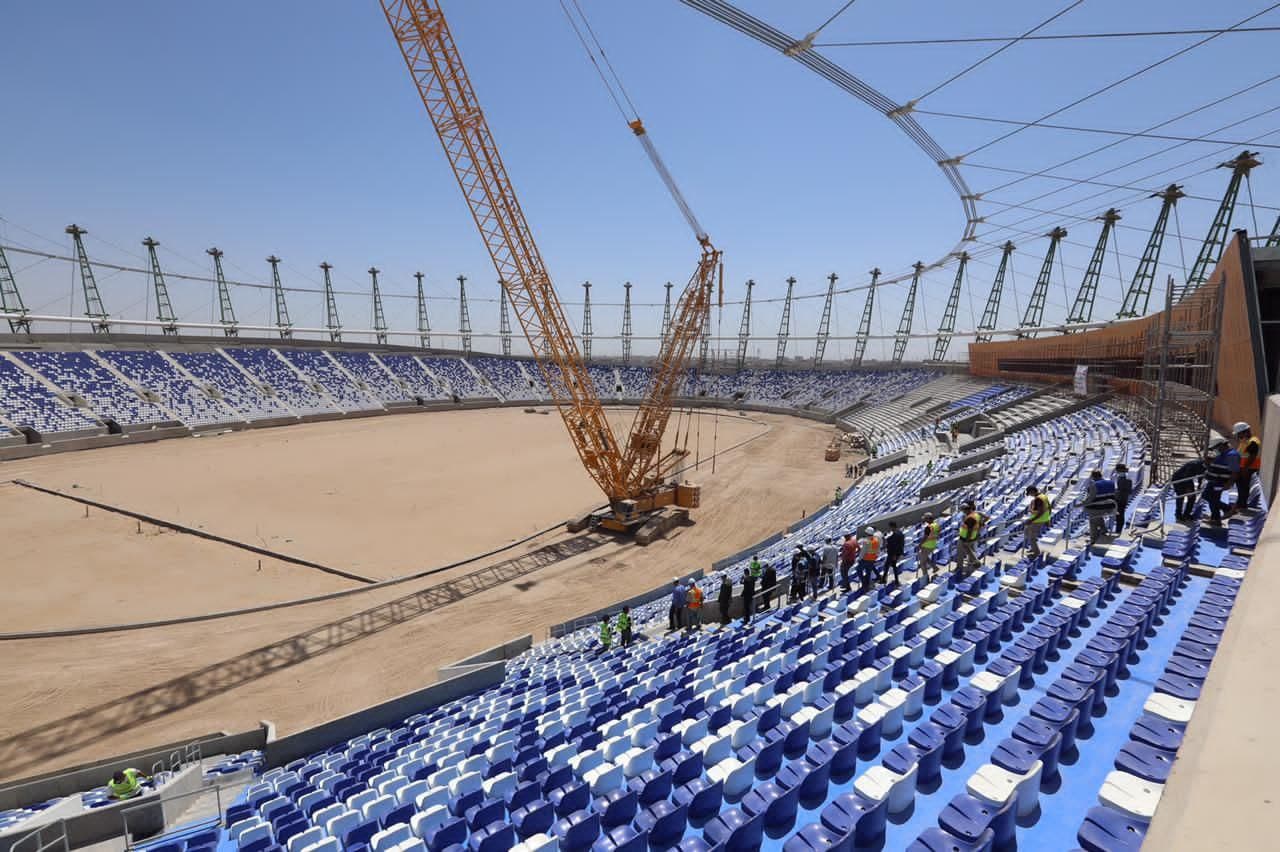 The inspection team commends the keenness of Basra Governor Asaad Al-Eidani and some officials in maintaining the accompaniment of the delegation, and providing all the requirements that contribute to the success of the visit. The delegation is racing against time in order to complete the task promptly with all the keenness of the team members to stand on the most accurate details required.