The Bahraini team gained the title of Gulf 24, after winning against Saudi team in the final with a goal scored by Mohammed Saad Al-Ramahi at Abdullah Bin Khalifa Stadium in Al-Duhail Club. 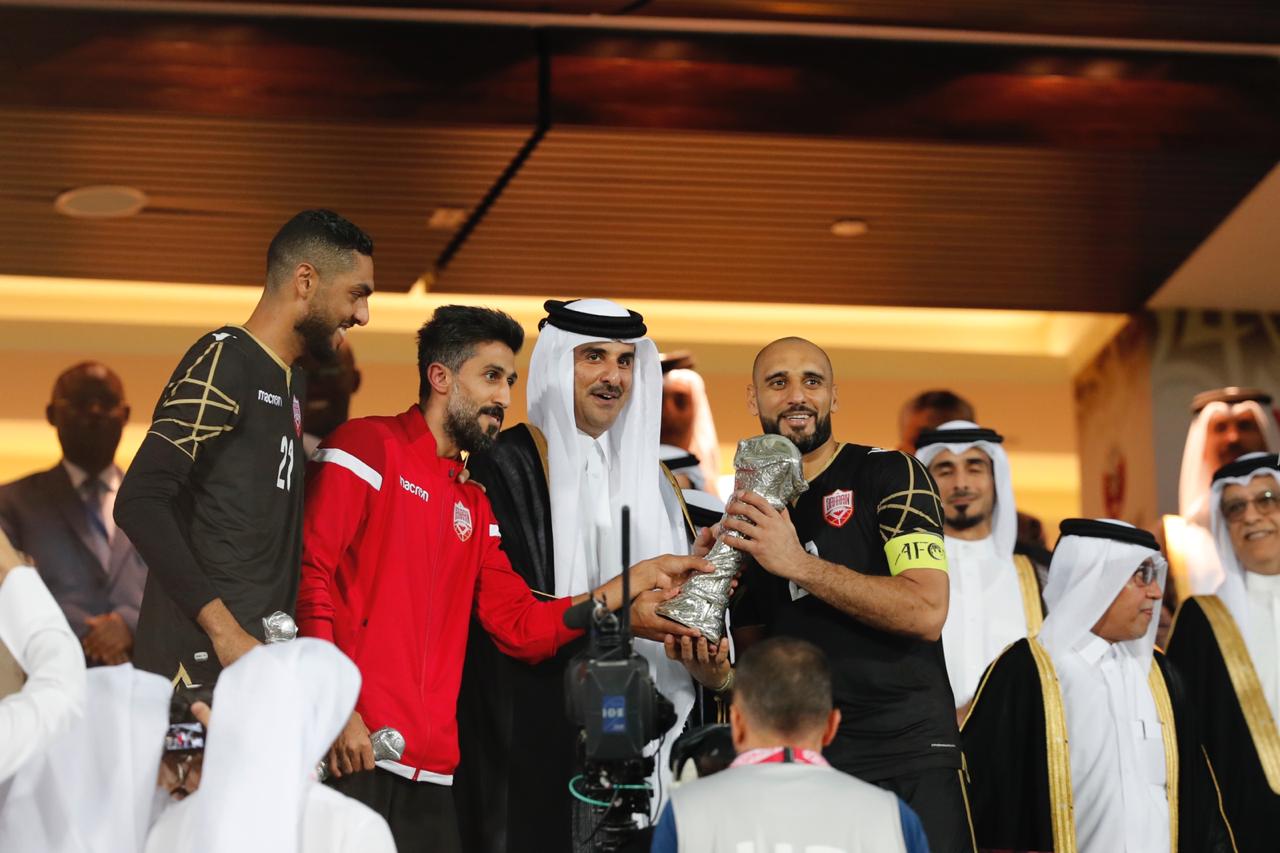 The final match and awarding ceremony was held under the patronage of His Highness Sheikh Tamim bin Hamad Al Thani, Emir of the State of Qatar. 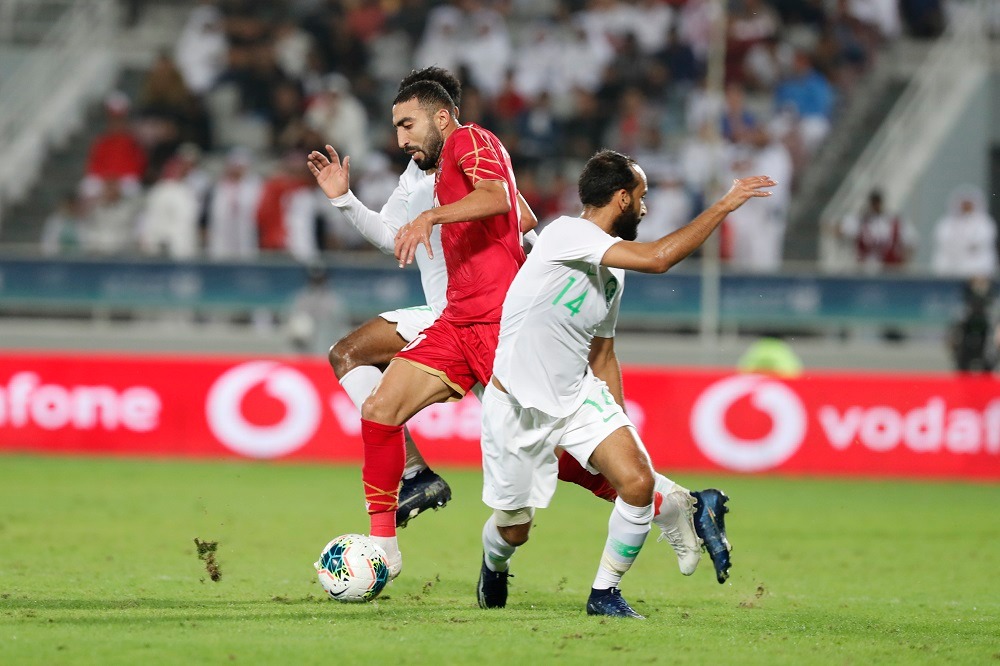 Swiss Lionel Cheddy made the beginning of the game whistle. Ali Modon set off for Saudi defenses and a first corner in the match for Al-Ahmar. The Green responded with a quick attack through which they got a first corner as well and Salem Al-Dossari hit the bar in the fourth minute.

Chedi raised his first cards in the face of Sultan Al-Ghannam. The tenth minute witnessed a penalty kick for Al-Akhdar Commander Salman Al-Faraj, who threw it out of the goal. The Bahraini fans interacted with it in the stands, and the Red’s response came with a strong shot from Mahdi Humaidan which found Fawaz Al-Qarni waiting for it.

Until the 20th minute, the match was witnessing several pillars – a missed penalty, a yellow card, an unprecedented public enthusiasm, and the goals were missing until this time. 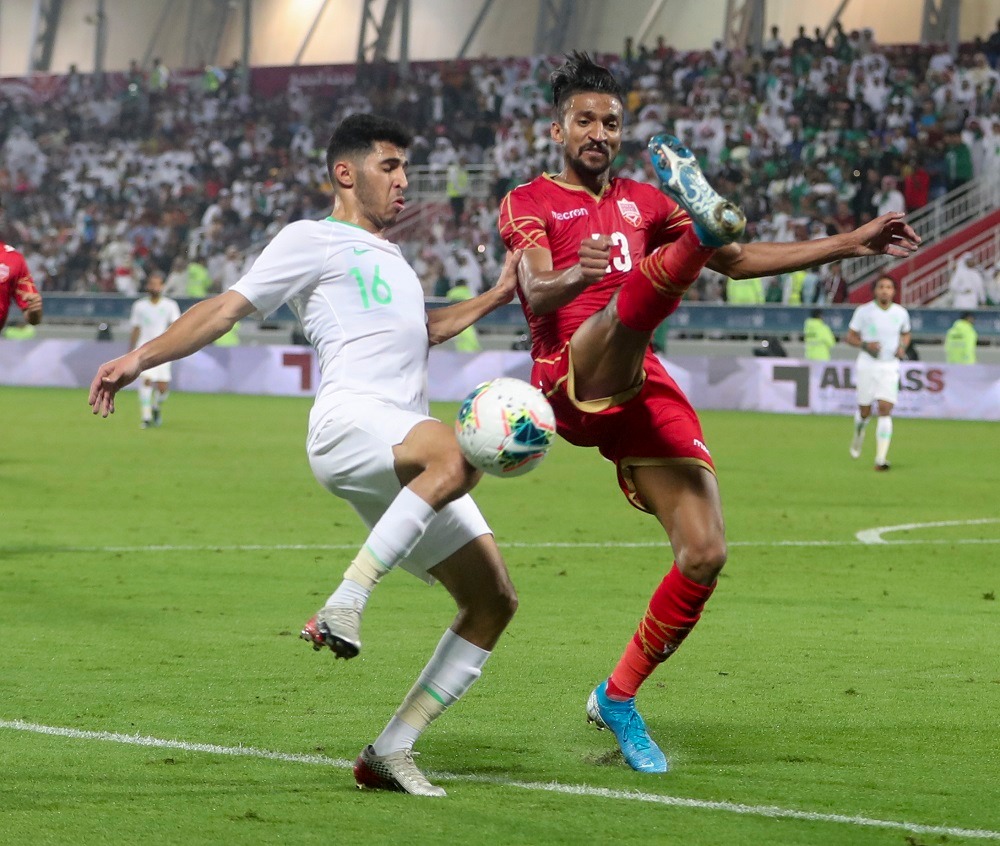 Physical rush dominated the performance of the two teams. Ahmed Nabil got the first yellow card for the Red, and Portuguese Hélio Sousa stood on the touch line, while Hervé Renard remained calm on the bench. Firas Al-Braikan missed the opportunity for Saudi Arabia at the 34th minute.

The most dangerous balls for Bahrain this half was by Al Humaidan’s header four minutes before the end. The Swiss referee added an extra three minutes. Atif suffered an injury that needed intervention by the medical team. The first session ended with a negative tie. 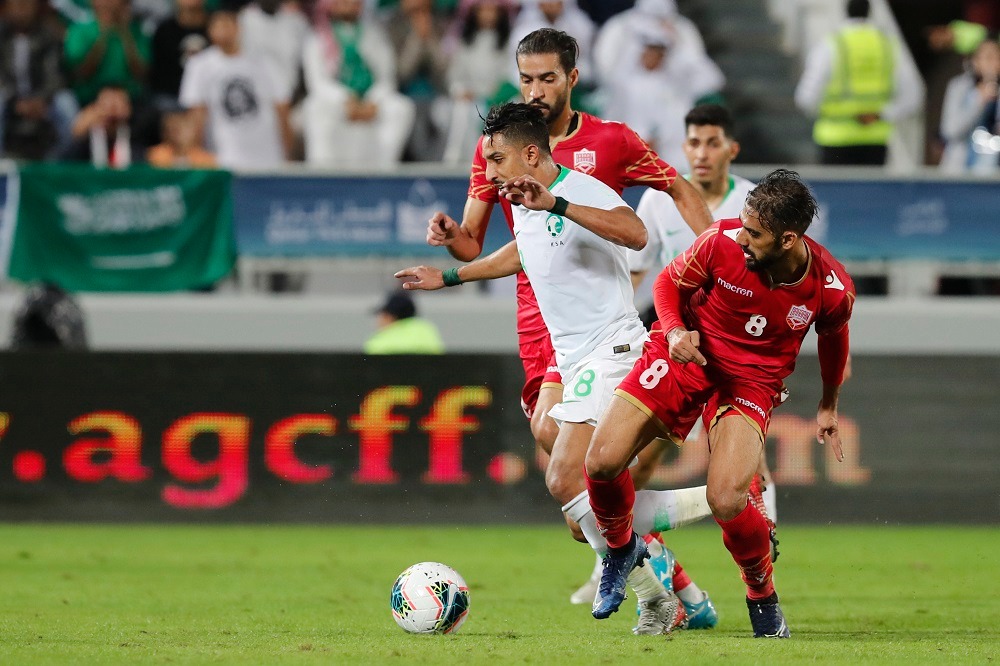 The second half began with a Saudi change, with the defender Mohamed Khobrani leaving and the entry of Talal Al-Absi. Salem Al-Dossari started to shoot, as he did in the first half, followed by Al-Borkan with a header that took over the goal of Jaafar. Chedi resumed his cards, this time in the face of Baqer.

Saudi control continued, but without effectiveness on the goal. The first quarter of an hour in the second half passed. Hélio Sousa resorted to Thiago Agosto of the Bahrain squad instead of midfielder Ali Jafar Moden to change the Al-Ahmar strategy on the field. 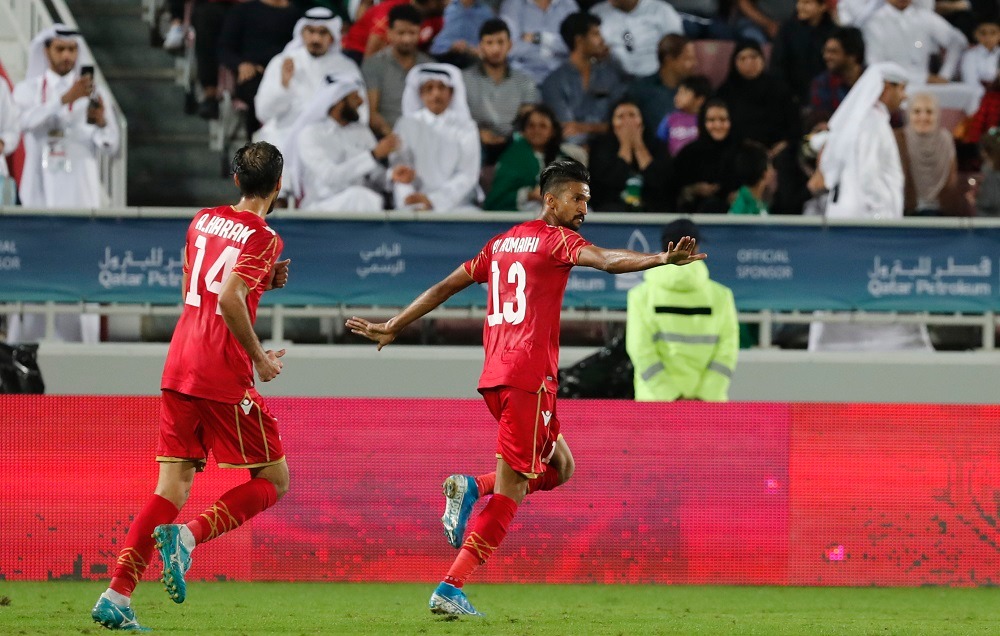 The corners were multiple here and there. Yasser Al-Shahrani paid the most dangerous balls in this half at the 67th minute. The Bahraini response this time was very harsh, as Mahdi Humaidan led a counterattack from the right side and sent it to Al-Rumaihi. The last one brought joy in the Red stands with a very smart played ball at Fawaz Al-Qarni’s goal.

Renard moved from his place and put Abdel Fattah Asiri in the place of the midfielder Abdullah Atif for more effectiveness in the attack. The latter got a yellow card that was deserved upon arrival.

The public enthusiasm escalated in the Bahraini stands with the last ten minutes of the match. Sousa used his second change with the departure of the left back Rashid Al-Houti and the entry of Walid Al-Hayyam. 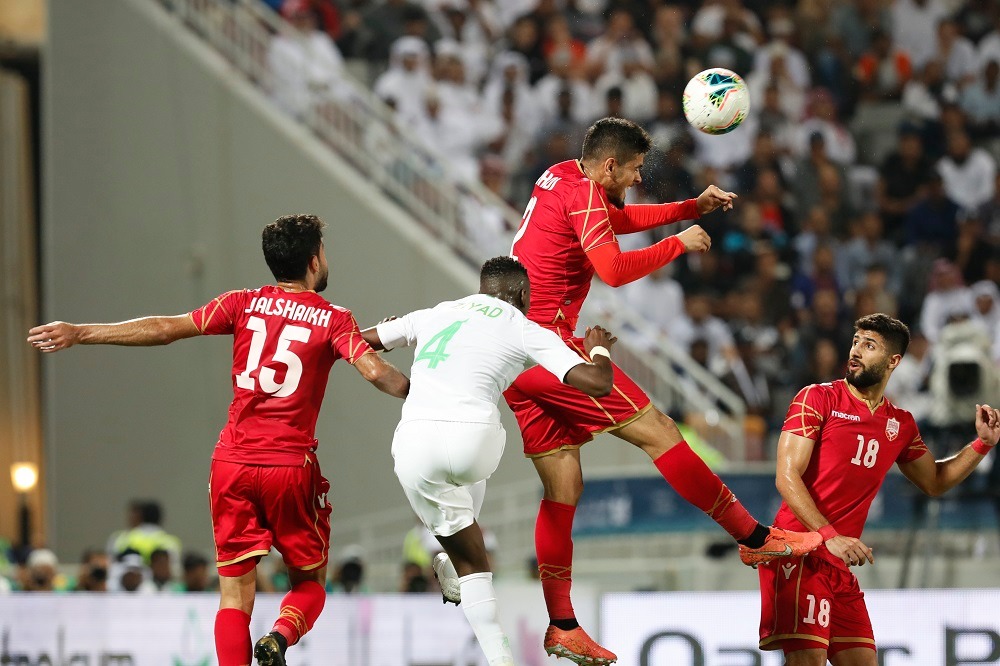 Renard threw the last card with the entry of Al-Hilal midfielder Mohammed Kanoo and the exit of Abdullah Al-Maliki five minutes before the end. Sousa was satisfied with only defending after Al-Rumaihi’s goal. The last change for Bahrain was the exit of Reda and the entry of Mohamed Adel Hassan.

Belgian referee Alexander Bocant raised an additional six minutes that did not carry any new for the Green, while Bahrain had their historical moment for Bahraini football by achieving their first Gulf Cup title after waiting for 49 years.