Al-Khater said at the press conference held at the Gulf 24 Media Center, in the presence of a large gathering of Arabs and international media: “Welcome everyone to Doha. This is the slogan of the Gulf Championship 24. We welcome you to the Qatari capital Doha. We have worked hard to bring the tournament as you see. Organizational efforts continue and evolve to meet all requirements.”

He added: “The participation of Saudi Arabia, Bahrain and UAE in this edition made the tournament highly competitive. Playing two groups created a kind of great competition and led to raise the level of the tournament. There is no doubt that we will see an exciting semi-final between the Saudi and Qatari teams on one hand, and Iraq and Bahrain on the other hand.” 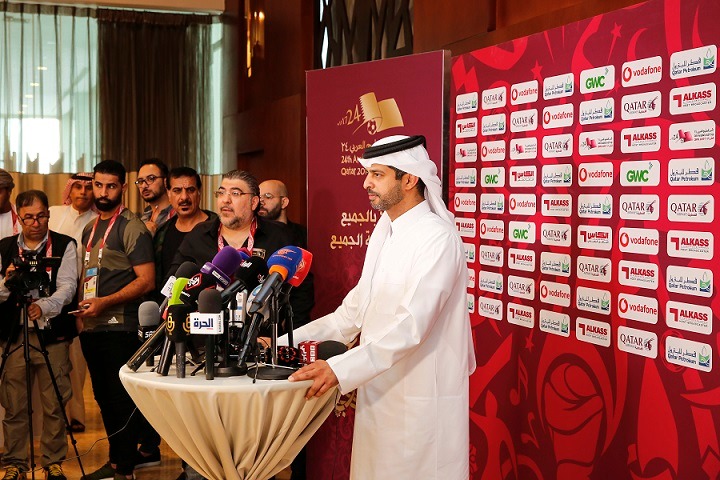 Regarding the participation of FIFA in the organization process, Al-Khater highlighted that: “FIFA is present in Qatar, of course, because we are on the verge of holding the Club World Cup on the 11th of December. Gulf 24 will be held on one of the stadiums that will host the two Club World Cups and the World Cup Qatar 2022. They are involved in the organization process, and there is an opportunity to create a common expedition between the organizing committee and FIFA here in Qatar. ”

With reference to the rate of satisfaction with the organization of the Gulf Championship 24, Al-Khater said: “Without a doubt, day by day, we get experience and we believe that the effectiveness of the organization in the Gulf Cup increases from one game to another. Our team organizes a poll after each match inside and outside the stadium to listen to the public’s opinions. This helps us increase the efficiency, learn from mistakes and take the views of the most important category in the tournament, namely the fans.” 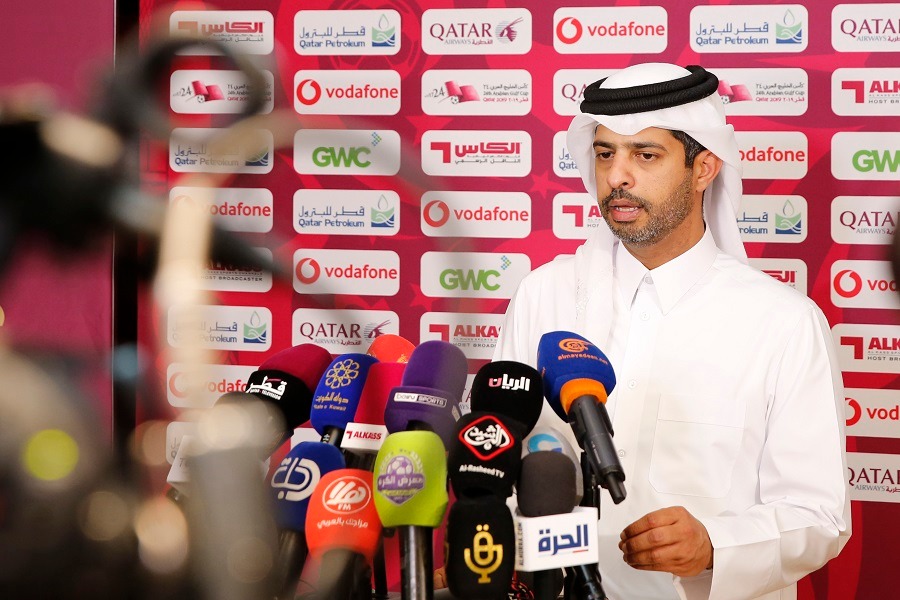 He added: “There is a high level of satisfaction from different categories about the organization. Our goal at the beginning is to organize a successful tournament technically, organizationally and publicly. We will not stop at a certain limit, always strive to achieve the best in the various tournaments hosted by Qatar in the future, which are stations and opportunities to train organizers and increase the cohesion between the various organizers involved in the organization of events, especially security and transport in preparation for the largest event Qatar 2022.”

He further commented: “In the 24th GCC championship, we saw that the use of the metro succeeded in the opening match, where 9,000 fans arrived by metro. In the Qatar-UAE match 14,000 fans arrived by metro in Khalifa Stadium. These numbers, for us, are excellent. The traffic people has also done a great job in reducing congestion on the roads leading to the stadiums.”

Al-Khater emphasized that cooperation exists between the neighboring countries and the Arab countries to get involved in the organization of the World Cup Qatar 2022, and said: “Gulf 24 had the participation of about 1,800 volunteers, 200 of them from neighboring countries and the countries of the region. This in itself is an important participation in the Gulf Cup. We have several programs sponsored by the Higher Committee for Legacy. Legacy aims to attract cadres from the region, including the program “Dazzling Generation” and “Challenge 22″. The door is open to organizers from neighboring countries. The World Cup team will be great, and ways of cooperation is open all the time by God willing.”